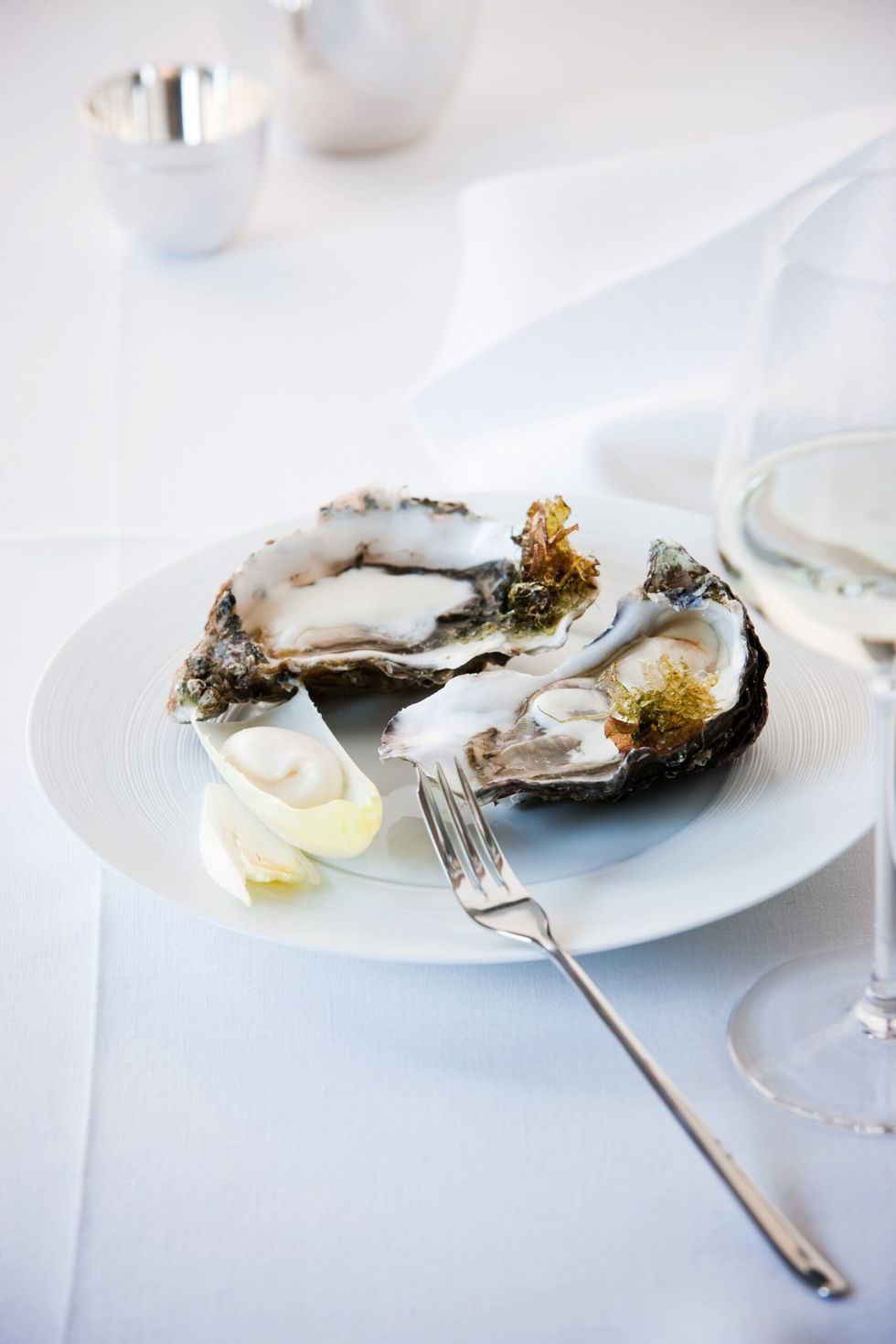 Oyster is a bivalve mollusk belonging to the genus «Ostrea». The shell, which can have different shapes, has a convex part (the one attached to the rock where the oyster clings) and a flat one. The surface is rough, with lamelliform streaks, while its color is gray on the outside, and pearly white on the inside.

The 'circular' oyster can reach up to 10 cm in diameter; another type is the "long" oyster with elongated valves, and finally there is the so-called "Japanese" oyster, which is smaller, with an elongated shell and very evident external grooves.

The oyster is widely farmed in many countries of the world, including Italy. However, most of those consumed in the Italian country are generally of French origin.

Gastronomically, the best oysters are the so-called «belon», round oysters with a diameter ranging from 7 to 15 cm. The Portuguese and Japanese ones are more frequently found on the market.

When the oyster's shell is opened, it is important to check whether the mollusk is still alive and thereore reacts to touch. This is because the oyster is eaten mainly raw, after having opened it with a small knife with a short and wide blade. The oyster is usually served on a plate with crushed ice on top.