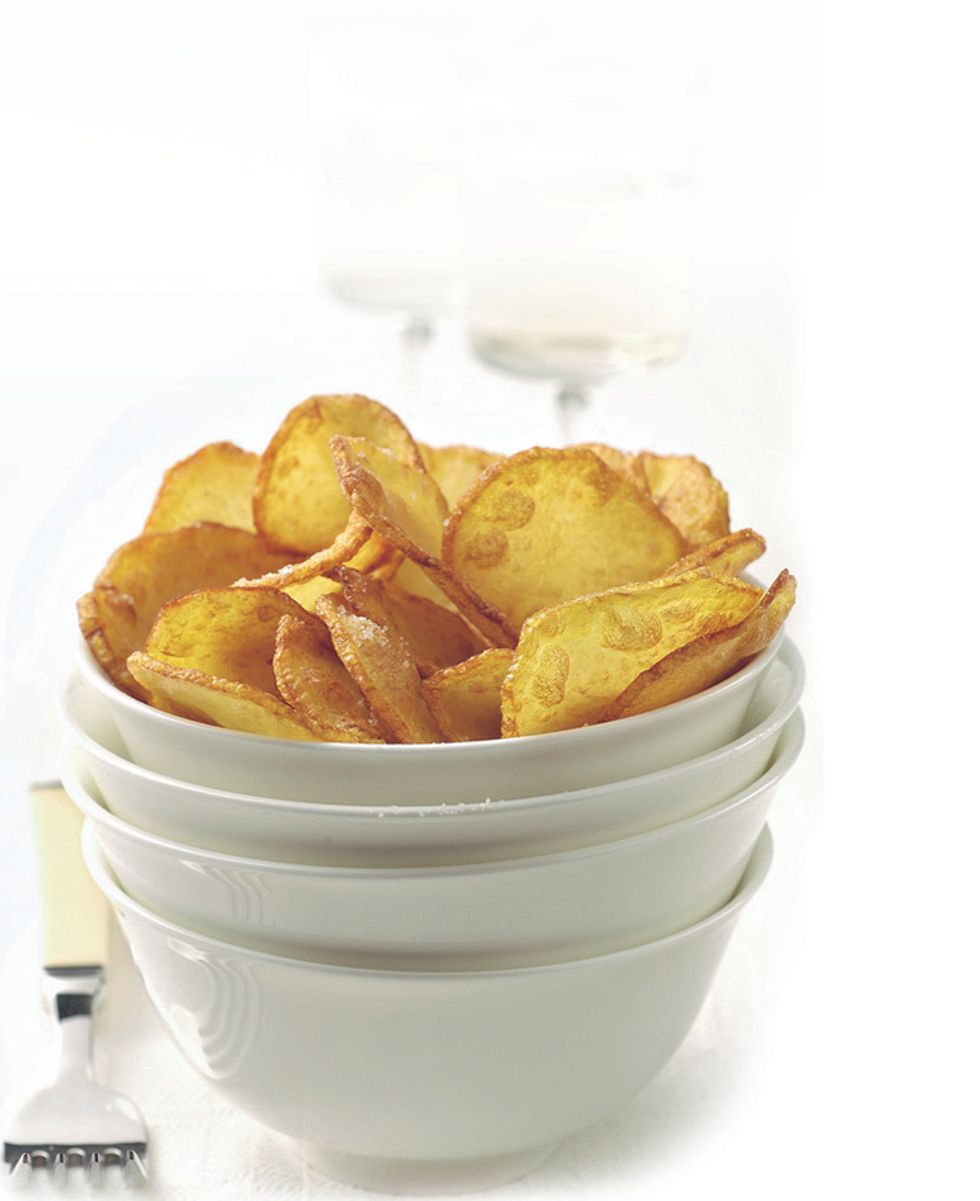 French fries are one of the most consumed salty snacks in the world, which according to tradition was invented almost by chance 160 years ago by a chef from Saratoga Springs (New York). Also called chips (from English slices), they are very thin cut potatoes, fried in order to make them very crunchy, salted and packaged in bags.

Typically, French fries are made with yellow-fleshed potatoes , under the lens: French fries that are first brushed, then washed, peeled, divided by size and cut into thin sheets, with varying shapes and thicknesses. This is followed by a passage in cold water, frying in boiling oil (at 180 °), salting and the possible addition of flavorings (onion, vinegar, paprika, barbecue sauce, aromatic herbs) and finally packaging in plasticized bags in a protective atmosphere. .

French fries are irresistible: a study by the University of Nuremberg has shown that they activate the nerve centers of pleasure, the same ones for addictions, in the brain. However they are considered a junk food because they are very caloric (500-550 cal / 100 g), not very filling and high in fat (30-35%).

The oils used for frying are another sore point: often on the label they are generically indicated as vegetable oils, usually palm, coconut, rapeseed, mostly saturated; and also the salt content is not to be underestimated. The chips should therefore be consumed in moderation, favoring brands that use quality oils such as sunflower (declared on the label) and olive (even if in minimal percentages) and few aromas