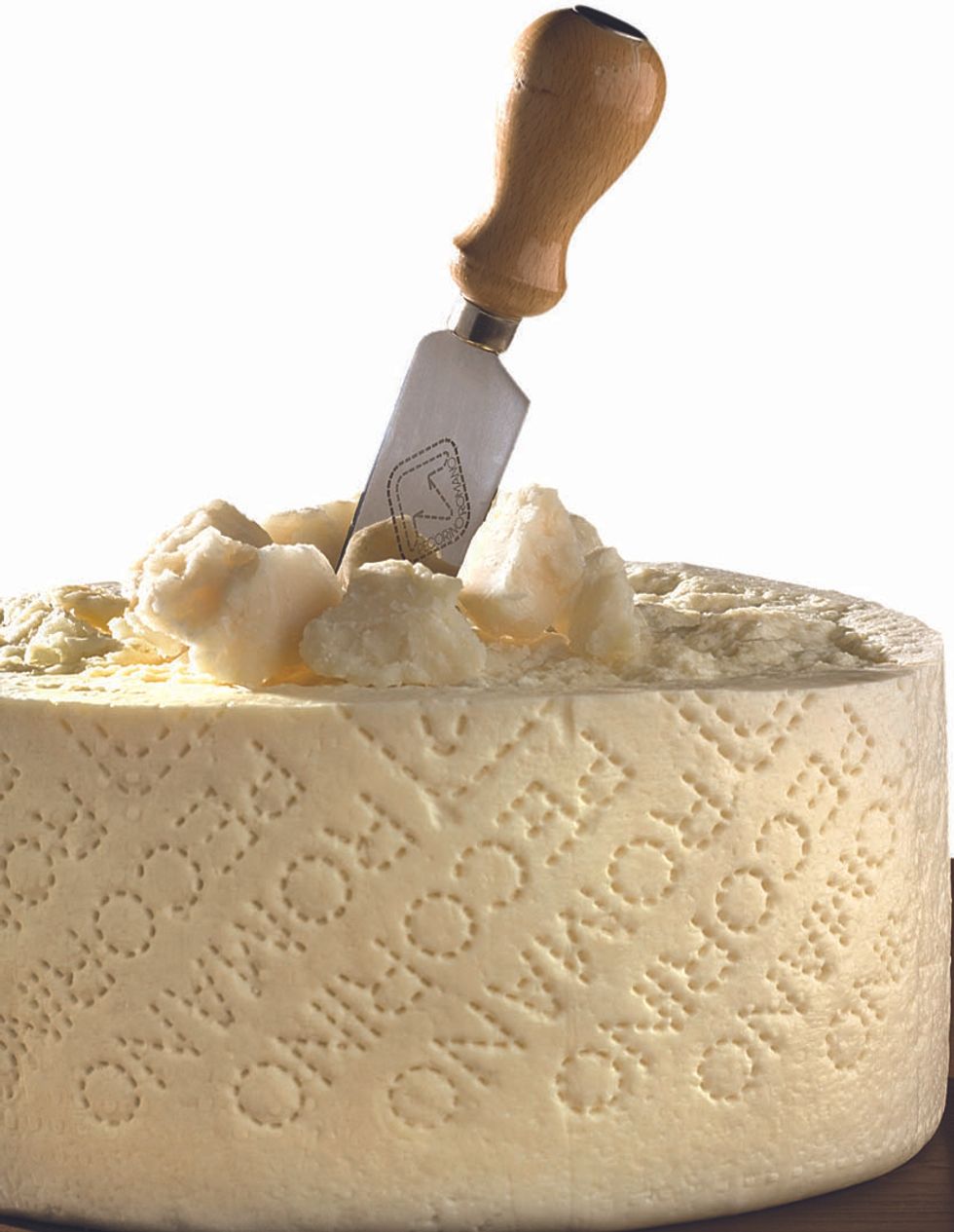 Pecorino Romano is a hard cheese, DOP since 1996, which can be tasted as a table cheese (aged at least 5 months) or grated (with a minimum of 8 months of seasoning), with a more spicy and intense taste, irreplaceable in the preparation of many traditional pasta first courses, from “carbonara” to “cacio e pepe”. The production of Pecorino Romano is concentrated in Sardinia, as well as in Lazio and Grossetano.

Fresh milk from Sardinian sheep, an ancient native breed, is obtained from the flocks raised in the island's natural pastures. As soon as it is milked, the milk is filtered, heat treated (68 ° for no more than 15 seconds) and coagulated with lamb rennet.

The forms of pecorino romano, after being imprinted with the Dop mark (the stylized shape of a sheep's head), are sent for salting, an operation repeated 4-5 times over a period of approximately 70 days. For several years there has been in production, alongside the traditional one, a new type of Pecorino Romano for grating with a maximum level of salt between 4 and 5% and a sweeter taste.