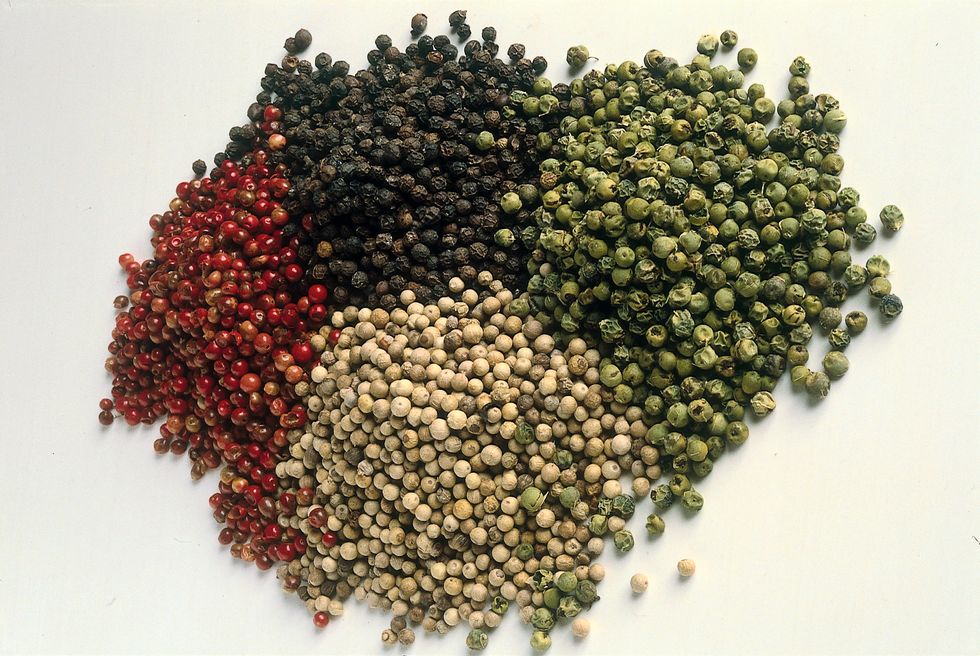 Pepper is one of the best known and most used spices in cooking. The pepper plant is a tropical tree with dark green leaves and hanging strands laden with berries, which are first green, then reddish and finally black, when fully ripe. If harvested while still immature, the fruits produce the so-called green pepper, with soft berry, generally preserved in brine; the ripe fruit, on the other hand, provides black pepper. The latter, deprived of its external peel, fermented and dried, produces the white pepper.

Today the so-called pink pepper is also on the market which, however, is not real pepper, but rather the fruit of a small plant of South American origin, much less spicy than other types of pepper.

Other varieties of spices are improperly called Jamaica pepper and cayenne pepper, but the first derives from a Mirtaceae plant grown in Central America, while the second one from chilli. It is widely used in cooking to flavour many dishes.

The spiciest pepper in the world is the black one, while the white one has a more delicate aroma. Green pepper, with its fresh and delicate taste, is used whole, first lightly pounded with the blade of a knife. Pepper loses some aroma with prolonged cooking, that is way it is better to add it towards the end, the only exception is that used for broth which develops its aroma with long cooking.