Plastic in food: how to defend yourself? 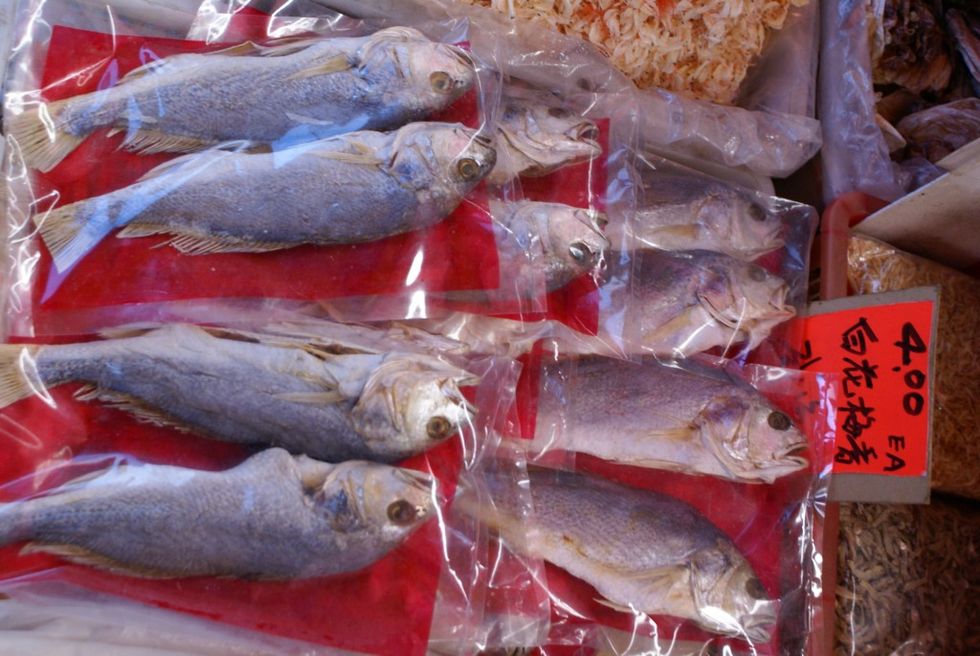 How much plastic do we eat? A lot. The geography of the oceans is disrupted by islands of plastic, which kill marine life and threaten our health. But the "good plastic", biodegradable and from renewable sources, is now finally a solid reality. The expert Alessandro Carfagnini tells us about it.

What's better, healthier and more nutritious than fish in the kitchen? Rich in saturated fatty acids and Omega 3, it is a recurring ingredient of every long-lived population recipe. Fish (and in the kitchen we also mean molluscs and crustaceans) is also among the basic ingredients of the Mediterranean diet - the one thanks to which, it seems, we are still the healthiest country in the world. It represents one of the major sources of protein, with the added advantage of greater digestibility and low cholesterol concentration. Too bad that the sea is literally invaded by mountains of plastic and when you lower the nets in certain places, more plastic is collected than marine life. A couple of years ago, science identified a bacterium that feeds on PET, which makes up a good portion of the plastic that has engulfed our seas. For now, however, this is not enough to save the planet ...

But exactly how much plastic is there in the ocean? Last year, on the occasion of World Oceans Day (8 June), the Ellen Macarthur Foundation, a leading institution in supporting an eco-sustainable economy, released updated data validated by the United Nations Environment Program (UNEP): every 300 million tons of plastic waste are produced each year and 8 million end up in the sea (9.5 According to the International Union for Conservation of Nature). The pieces of plastic form immense islands in the ocean, in particular the Pacific Plastic Island which, according to a study published in the prestigious scientific journal Nature a year ago, is much more immense than previously estimated: the plastic now covers a tenth of the surface of the Pacific Ocean. According to UNEP, if no remedial action is taken by 2050, the mass of plastic in the oceans will exceed in weight that of fish in all seas.

The fault of the food industry, especially food and drink packaging, in particular the disposable ones that are now raging in large-scale distribution (and then also the clothing sector). The largest pieces of plastic strangle animals, such as seals, or turtles, while the smaller pieces - the famous 'microplastics' - are ingested by fish, and reach humans through the food chain. Tuna, swordfish, crustaceans, shellfish - and especially mussels - and even in sea salt. The environmental organization Greenpeace recently analyzed 39 samples of table salt from various countries: in 36 of them there were microplastics, or plastic particles smaller than 5 millimeters. Other studies have led to the same conclusions. If the consequences of microplastics for human health whose tissues absorb microplastics are still not clear, one thing is certain: microplastics are toxic.

Attention: the microplastics in our food do not come only from the sea (where, moreover, among the worst polluters are washing machines - thanks to the fragments of synthetic fabrics released in their washing waters - and tires - thanks to the rubber particles due to the 'usury). Microplastics are found in great abundance in the water we drink, and even end up on our plates in the form of powders that we eat along with food (micro-fragments of plastic from furniture for example). The spread of microplastics in the food chain is now out of control, even mosquitoes contribute to it. Result: a recent study from the Medical University of Vienna has documented that on average there are 20 fragments of microplastics for every ten grams of human feces ...

The good news, however, is that something important is moving and, in addition to a continuous call to a more eco-friendly attitude by the new generations, there are people engaged in the search for new materials, plastics that are not plastic, in short. , maybe even edible.

“It is a generation of plastics derived from fermentation processes, which no longer come from oil and if they are accidentally lost in the sea, they can be biodegraded - explains the expert Alessandro Carfagnini, chemist and developer of bioplastics. "It is the family of bioplastics based on PHA, a polymer that has the quality of coming from renewable sources and one of the few polymers that is eaten back by the microorganisms present in the water in the sea: thus it re-enters the biological cycle and therefore does not produce islands plastic. Among other things, they are also produced with low-tech systems, which are therefore also sustainable for developing countries ".

In the past few years there have been innovative projects which, rather than real technologies, were the fate of “artist's proofs". Like the material designed by student Ari Jònsson, based on water and agar agar, to point towards an ecological and edible bottle: a nice thing, but inapplicable because, assuming that the bottle does not melt, it still releases the flavor of what it is. it is made, in this case an alga. Or the rings to keep canned beers together using edible plastic for animals produced by a small Florida beer company, the Saltwater Brewery, (often these objects end up in the sea, causing problems for both pollution and turtles and fish that get trapped there).

But now we are arriving at real solutions: "Yes, it is a real solution: perhaps the bioplastic water bottle is still difficult to produce (there are various barriers, including that of flavor) - continues Carfagnini - but many other things you can make coffee cups, for example, rather than all those trays with which you pack food - and moreover, they are also good for the microwave ".

There are some very important and solid projects underway, such as the European RES URBIS (coordinated, among other things, by an Italian) to convert food waste into "good" plastic: everything that is thrown into the waste bin will become a bioplastics of the future. And we are not thinking only of domestic waste, but of all restaurants, parks, in short, many types of bio-waste transformed into new bio-materials.

"Sustainability is a human, humanistic need, which requires a technical-scientific (and technical-regulatory) response and solutions - concludes Alessandro Carfagnini - Fortunately we are getting there: today we make choices that make us feel good in the present without compromising well-being of future generations is really possible ".