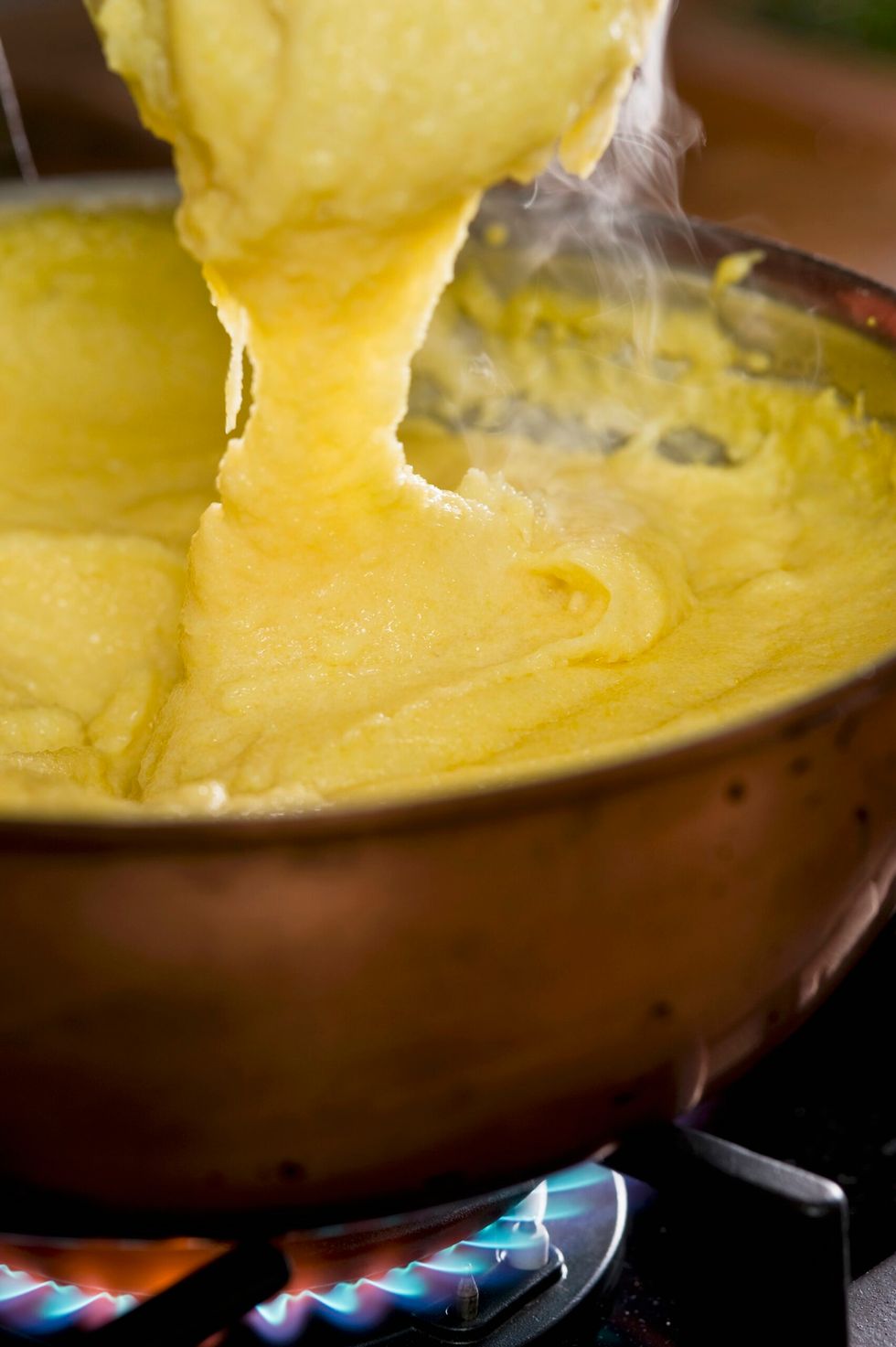 Polenta consists of a mixture of corn flour and water. In the Middle Ages it was made with crushed broad beans and mixed with water, barley flour or honey, onion and sage and then it was cooked in the cauldron for a long time. It was a poor food and it maintained this characteristic even when, later - in the 18th century - it began to be prepared only with corn flour. And so it is still prepared today, although there are other types of polenta made with different flours, such as buckwheat or chestnuts.

While continuing to maintain its characteristic of a rustic dish (to be eaten simply with cheese or milk or butter), polenta can also be used for rich and elaborate dishes, for example with the addition of cheeses, sausages, mushrooms or accompanied with game or meat.

There are two types of corn flour: the coarse-grained one, also called Bergamo, and the fine-grained one. The polenta should be cooked for at least 50 minutes in the pot, pouring the flour into the boiling water and stirring it continuously with the «stick» or a long wooden spoon until it acquires the right consistency.