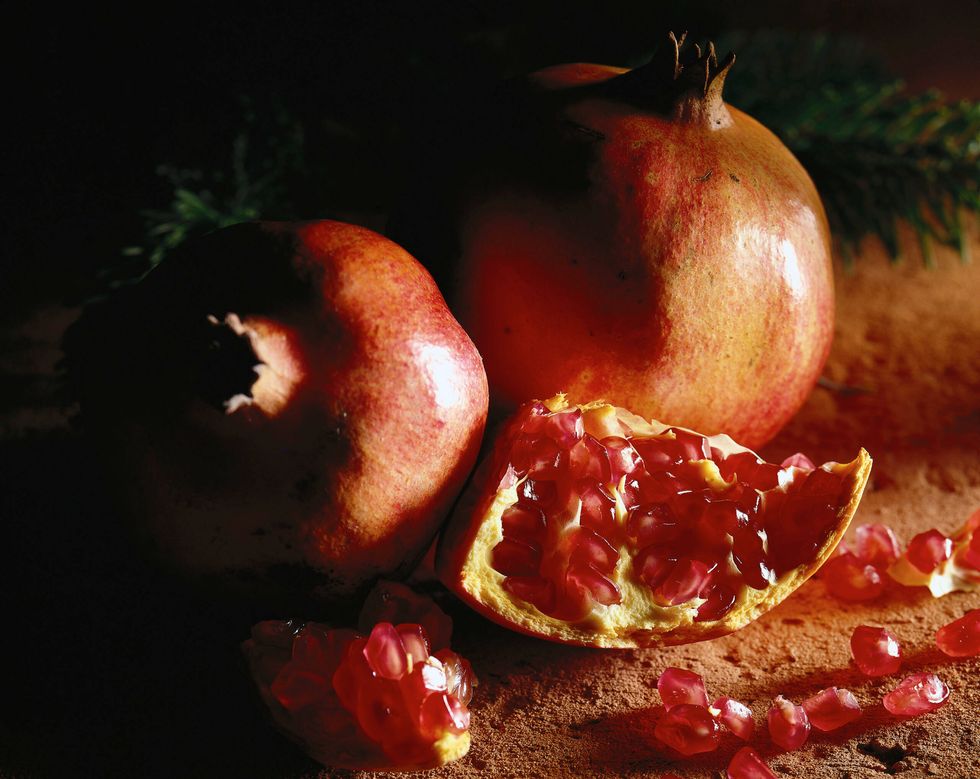 Pomegranate is a round-shaped fruit with a reddish-yellow skin. Internally it is divided into sectors that contain whitish seeds, covered with a gelatinous, red, juicy, fragrant and acidulous pulp.

Typically a Christmas fruit, the pomegranate is native to India and is widespread in the Mediterranean area since ancient times. The varieties found in Italy (Dente di Cavallo, Neirana, Profeta Partanna, Selinunte, Ragana and Racalmuto) ripen in autumn and are suitable for fresh consumption. Its red and juicy beans, with a sweet and sour flavor, enrich the most diverse preparations, from first courses to salads. Its juice, which flavors roasts and desserts, is used in the food industry to produce juices, jams and syrups. In particular, pomegranates are used to produce "grenadine", a recipe which involves boiling with honey and sugar.

Rarely consumed as a fruit, pomegranate is, on the other hand, more exploited in pastry-making in the preparation of juices, syrups, sorbets and jellies. It is also used as a garnish for mixed salads and savoury dishes.