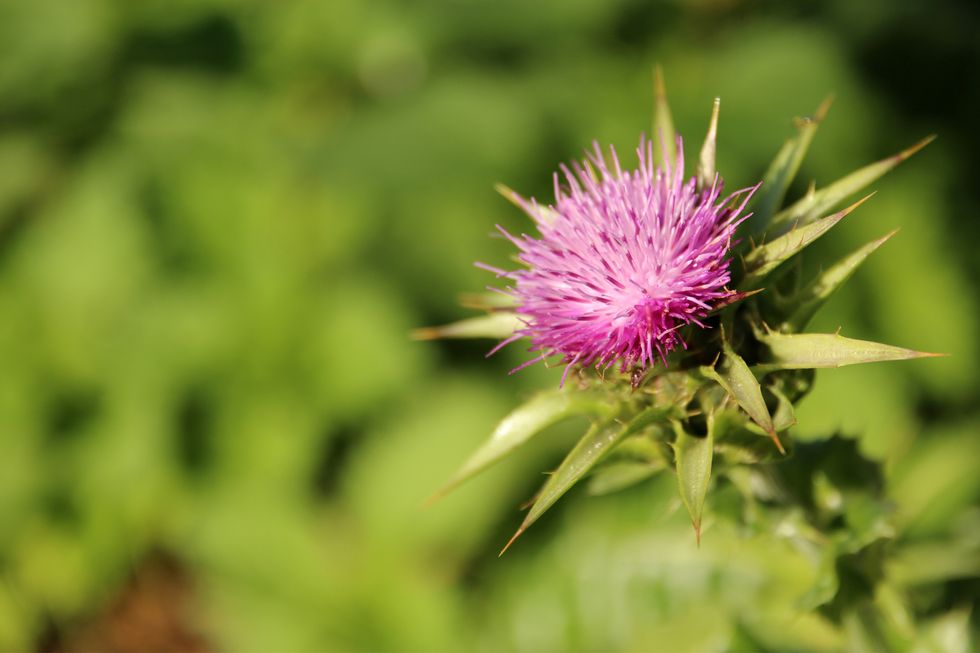 Fantastic thistles! They are typically winter vegetables that are very versatile in the kitchen and have valuable nutritional properties. They are good for the liver and kidneys, fight cholesterol. And they are also an asset to the planet

Thistles - Similar in shape to celery, but a close relative of the artichoke, to which it closely resembles due to its nutritional properties: we are talking about thistle, a typically winter vegetable that is worth knowing for its precious characteristics and its versatility in the kitchen.

We talk about it with Dr. Raffaella Melani, nutritionist biologist, to find out more closely and have some ideas to enhance it in the kitchen.

Used since ancient times for its beneficial effects

The thistle is a perennial plant already used in ancient times. Doctor Melani tells us "Traces of it can be found starting from the 4th century BC The Greeks, Romans and the lost used it and considered it a prized vegetable. In these regions, as still today, the young shoots were consumed. In the Middle Ages. it was intensively cultivated in Europe ".

First of all its hepato-protective action

In fact, it has been known for a long time for its hepato-protective effects, i.e. benefits for the liver, as many scientific articles that see it as protagonist also tell. Melani specifies "It is excellent for the treatment of numerous liver ailments (such as dandelion) thanks also to its antioxidant and anti-inflammatory activity".

Enemy of cholesterol and friend of the kidneys

But it is not only the liver that benefits from its many virtues. The nutritionist explains "Recently it has also been evaluated for its effect on the kidneys and heart. It has a cholesterol-lowering effect and reduces azotemia and uricemia. For this reason, it is also effective on hypertension of renal origin".

Against prostate cancer and Alzheimer's

It also possesses other beneficial qualities.

Raffaella Melani specifies "Extracts prepared from the fruits of this plant are also used as a preventive agent for prostate cancer and for the prevention of Alzheimer's disease. In 2014, the plant ranked sixth among the twenty best food supplements based on herbs all thanks to silymarin, the main active ingredient that represents a complex mixture that includes seven flavonolignans and the flavanonol, taxifolin ".

Rich in calcium and useful for its vitamin c content

If we analyze its composition, there are two relevant aspects to take into consideration: the significant content of calcium and vitamin c. Clarifies Melani "Calcium contributes to normal blood clotting, energy metabolism and muscle function and neurotransmission. It helps digestive enzymes and plays a role in the process of cell division and specialization. It is also essential for bones and teeth: it assists the normal growth and development of bone in children and, more importantly, it helps reduce bone mineral loss in postmenopausal women. "

Vitamin C, on the other hand, is essential for the functioning of the immune system and to counteract oxidative stress.

Many ways to enhance it in the kitchen

To use the thistle, it must be deprived of the external filamentous part and then cooked in order to enhance its nutritional properties. If you want to increase liver function, for example, you can prepare it in batter or fried, with prior blanching so as not to lose nutrients, by virtue of the second cooking. If instead you want to enhance its draining and soothing function on the gastric mucosa, it can be prepared boiled and seasoned with oil and lemon.