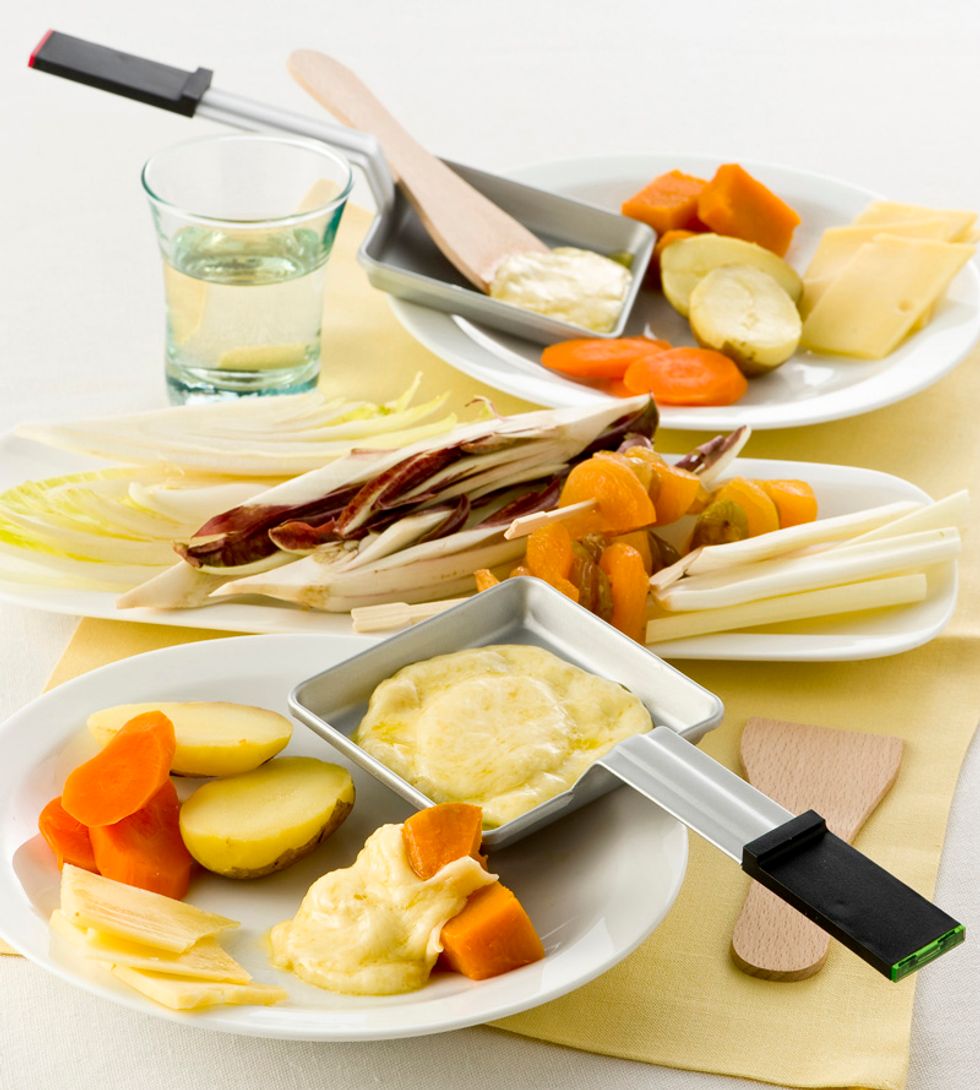 The term raclette indicates a typical Swiss preparation, made with the homonymous cheese, originally from Valais, characterized by a very dark elastic paste. More than a real recipe, raclette is a gastronomic "ritual" that requires the presence of strong heat, for example the fire of the fireplace, in front of which half a wheel of cheese is held inclined, so that it melts (there is also an ancient and a special "tool" to prepare it, used only in Switzerland). As the cheese softens, it is scraped with a knife and served with boiled or baked potatoes.

Today there is a special raclette appliance on the market, equipped with special trays in which the cheese is melted before pouring it on the potatoes.