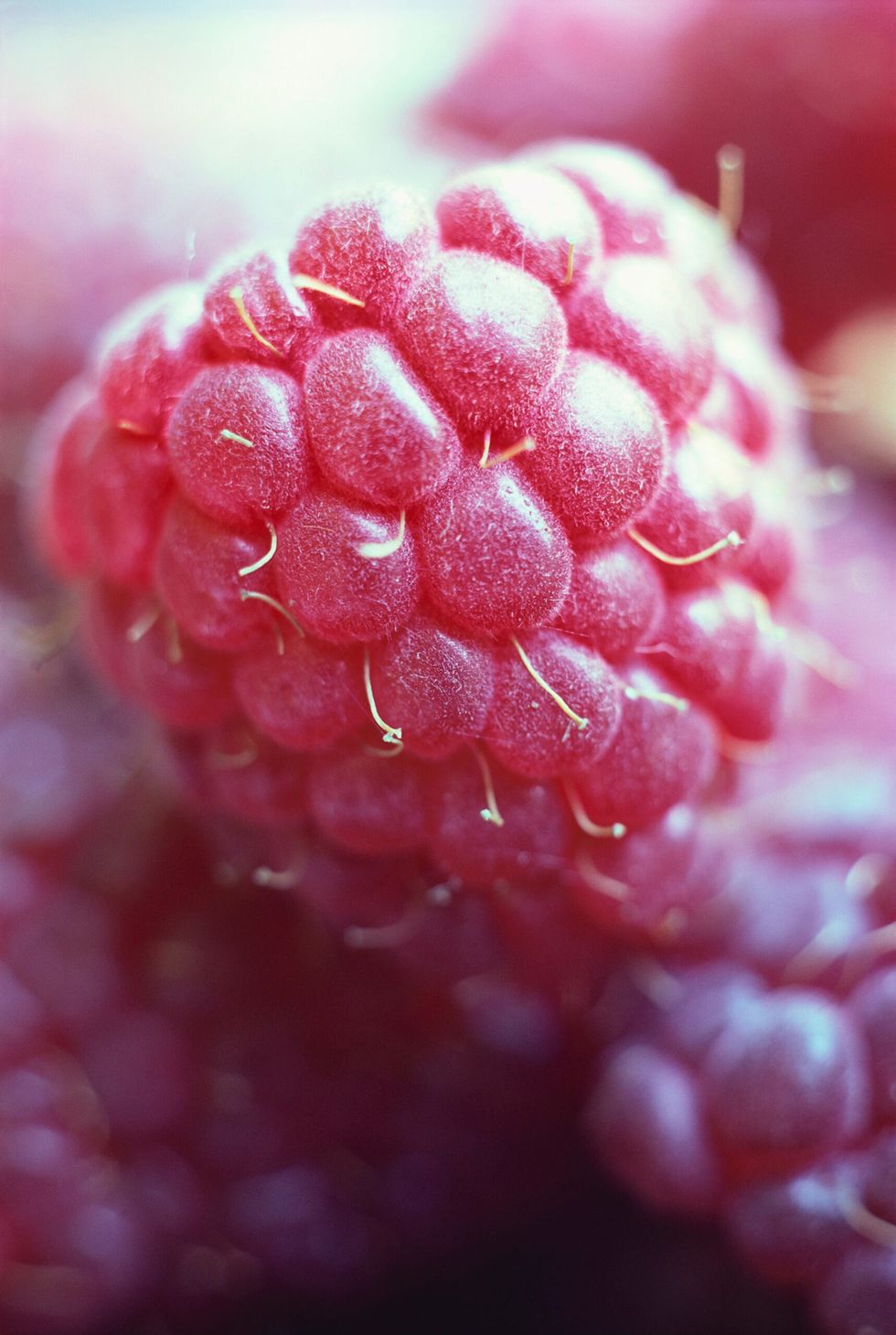 Raspberry is a sweet and delicate berry that comes from a shrub of Nordic origin. It has a slightly ovoid shape as well as small drupes that detach when fully ripe. The pulp is soft, slightly velvety and studded with tiny peduncles.

The raspberry is usually harvested in late summer, but some earlier varieties can be found in June. In addition to the red one, there is also a white-yellowish variety. Since the 1960s, when it began to be cultivated in Piedmont and Lombardy, the raspberry has spread in Trentino Alto Adige and in Southern Italy. In the South, due to the favorable climate, early and late raspberries are grown from May (in open field crops) until November (under tunnels).

There are many types of raspberry: the Heritage variety, one of the most popular, which is a medium-large fruit characterized by an intense red color and a very sweet flavour; Erika raspberries are large in size and are harvested until early October; Rubyfall raspberries, varieties without thorns and finally Alpengold raspberries, which are late yellow-pink fruits.

Raspberries can be eaten fresh or used as ingredients in pies, Bavarians, puddings, and sweet sauces to accompany ice cream or desserts.