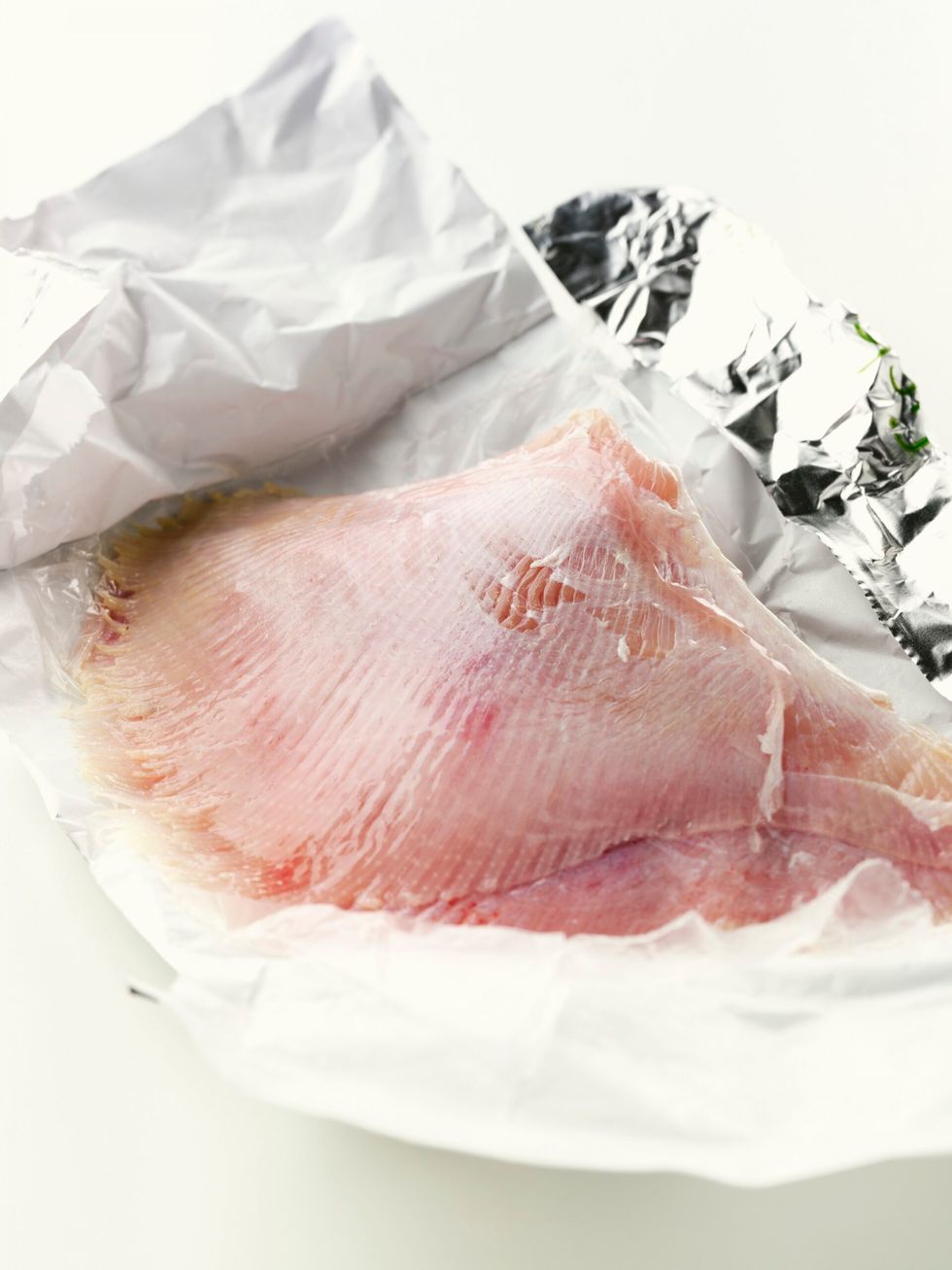 Ray is a large sea fish belonging to the Rajidi family. It has a cartilaginous skeleton, a very flat body and two winged pectoral fins that give the fish an almost rhomboid shape and form the edible part. It can reach two meters in length. There are different types of ray, but the best one is undoubtedly the "spiked" one, so called because its body is covered with bony tubercles.

Before cooking, the fins must be peeled: it is a rather laborious operation as the skin is hard and difficult to remove. Generally, however, they are found on the market already skinned.

The ray is one of the few fish that needs a short period of maturation, after which it should be consumed immediately since, like all cartilaginous fish, it deteriorates quickly, releasing a strong smell of ammonia. It is a very popular fish in French cuisine, a little less in the Italian one.