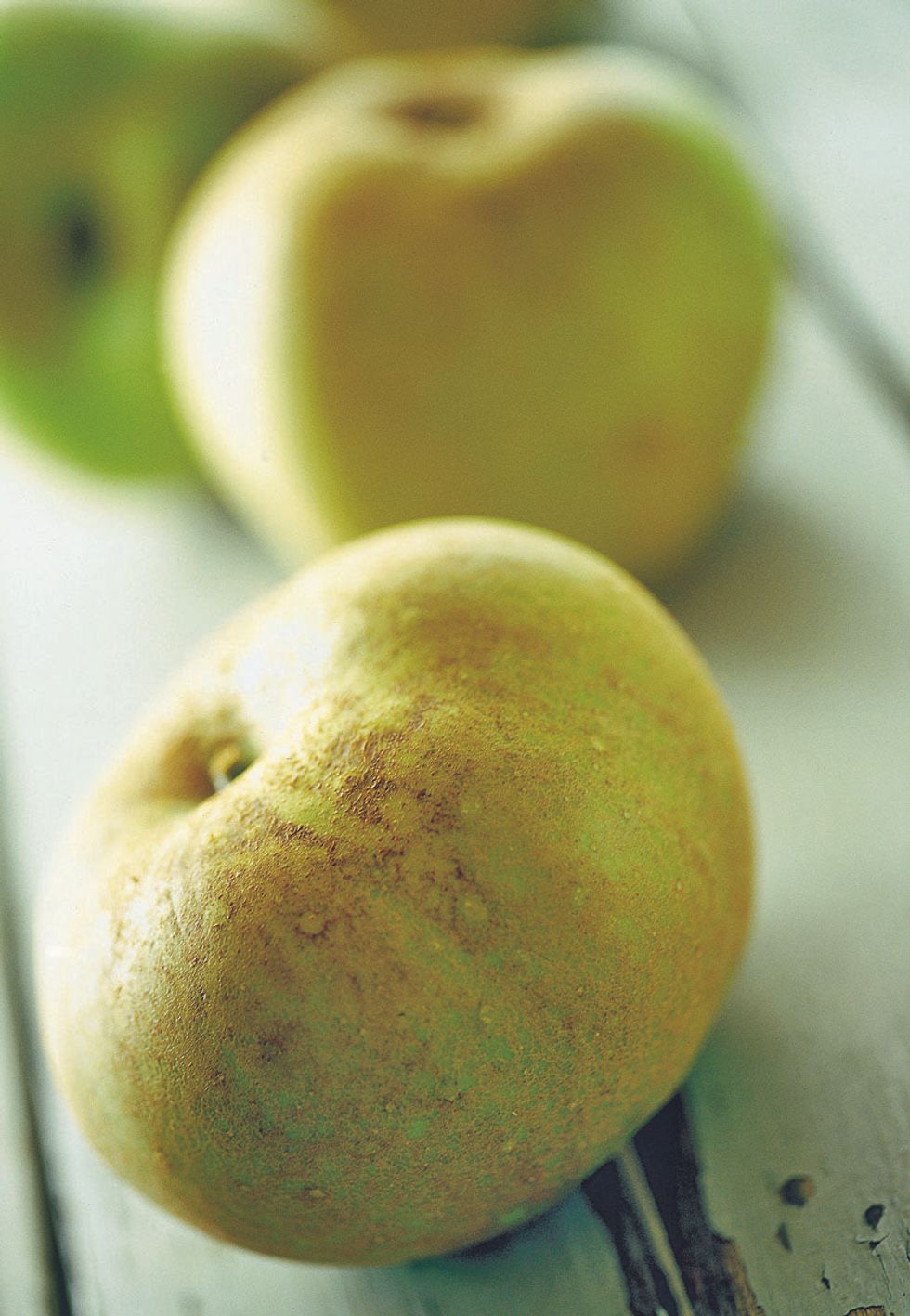 Renetta Canada is an apple that grows only in mountainous areas and has its place of choice in the Trentino Val di Non, the area where the 3 cultivated varieties have obtained the Dop. The fruits of the Renetta Canada , medium-small and slightly flattened, have a greenish skin, which turns yellow and becomes slightly wrinkled, with the roughness of the typical "rust" when fully ripe.

Its pulp becomes soft and pasty, the taste pleasantly sour and very aromatic. Characteristics that make Renetta Canada unsurpassed in the kitchen, where when cooked it is considered the apple "par excellence" for its fragrance and compactness: perfect for strudel, pancakes, cakes or baked as it is.

The cultivation of rennet is concentrated in Trentino, with an annual production of about 27 thousand tons. Harvested in September, it is stored in rooms with controlled temperature and humidity, to be marketed until May