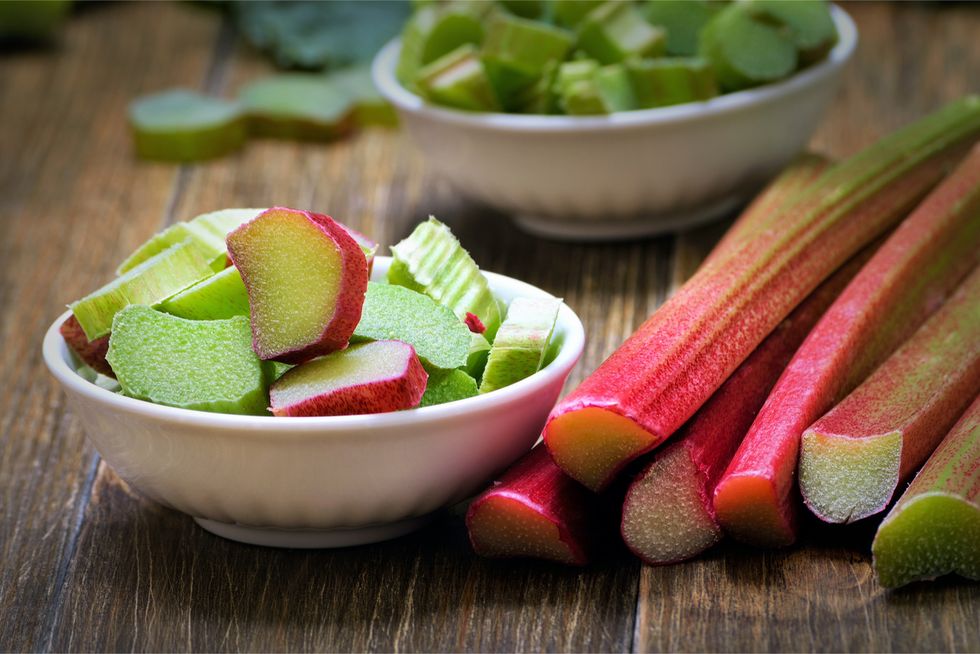 It's good for the gut and more. Let's discover the virtues and therapeutic uses of rhubarb

A plant with large round leaves rich in properties, native to Tibet and China, precious in the kitchen . Rhubarb or Rheum rhaponticum - a term that derives from the ancient name of the Volga Rha, Rheum in Latin, and from barbarum, or "root" that the barbarians collect in the neighboring regions of the river - represents a real panacea for health and body care, primarily the liver and intestines .

In fact, its composition, rich in functional molecules, makes it one of the most used medicinal plants ever, especially in Asian areas. As pointed out by Dr. Raffaella Melani , nutritionist biologist, "The main components of rhubarb include, in addition to a great variety of minerals and vitamins of group b, vitamin a, vitamin k in very high quantities, emodin, polyphenols and tannins (ratannin) . This is why in small doses, it can help in digestive processes due to the action of emodin which helps the liver to produce bile, moreover, in higher doses, thanks to the presence of anthraquinone glycosides it acts as a laxative and for this reason it is used in chronic constipation. ". The latter action is similar to that of mallow .

But the benefits of rhubarb seem to be even more varied. Dr. Melani explains "research confirms that its active ingredients act on calcium overload in cells with cascade reactions on the activation of neutrophils and polymorphonuclear macrophages (cells of the immune system), thus preventing the release of large quantities of pro-mediators. inflammatory. Rhubarb therefore acts as an anti-inflammatory . It has also recently been found to be effective in the treatment of acute respiratory distress syndrome, because it appears to improve oxygenation without unwanted effects. Furthermore, scientific research on the possible therapeutic uses of the extracts of this plant are still in progress, including its beneficial action against metastatic cells of oral cancer, of which it seems to reduce invasiveness ".

Generally in phytotherapy, for liver and intestinal disorders, the rhizome is used, in the form of pulverized preparation " two cups of infusion , morning and evening, using 1-2 grams of pulverized preparation can be useful. Some contraindications must be taken into consideration. The main warning is for pregnant women and for those suffering from gout or kidney stones, but it is advisable to always ask the doctor to avoid problems of any kind and interactions with other drugs. In the kitchen, on the other hand, stems are used exclusively, which can be harvested at different times: in spring, summer and, above all, in the autumn months, when they have a beautiful reddish color and a more intense taste.

There may be many ideas , but the most common use is to prepare jam to be enjoyed especially with meat . Melani recommends “Cut the coasts into chunks, removing the green part and cook in a pot with a little water, adding 600 g of sugar for every kilo of pulp and 1 grated lemon zest at the end of cooking. It is left on the fire, with low heat, until the puree has taken on a nice amber color. It will then be poured into the jars, which will be hermetically sealed ". Finally, rhubarb is frequently used for the preparation of liqueurs, again for its appreciated digestive action.