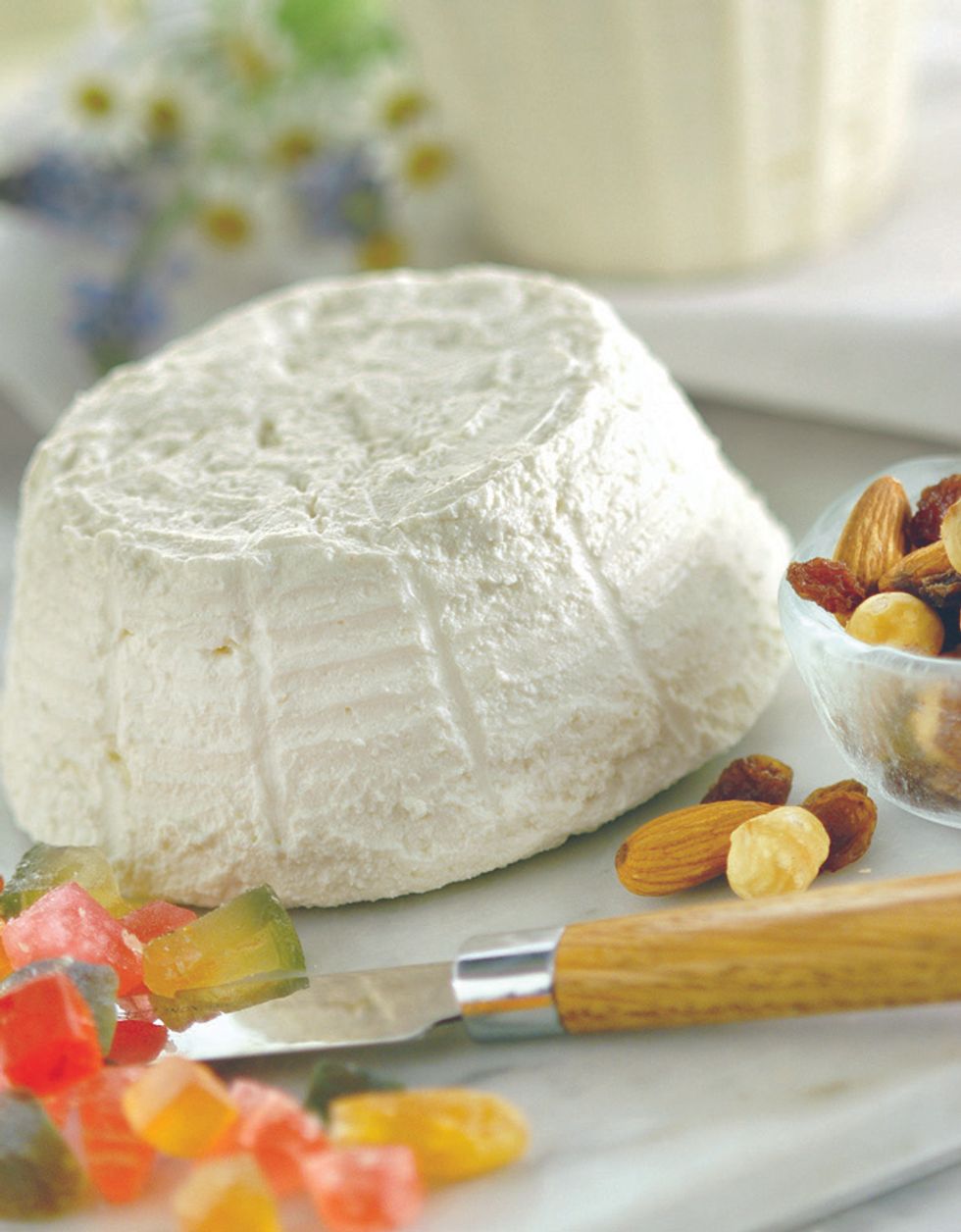 The Roman ricotta is obtained from the whey of whole sheep's milk , residue from the processing of pecorino . The term “ricotta”, in fact, refers precisely to the fact that the whey is cooked a second time after being heated to produce the cheeses. This is why ricotta is classified as a "dairy product".

In 2005, the Roman ricotta was recognized as DOP. It is mainly produced in the Agro Romano (Lazio) from the milk of sheep of the Sardinian, Sicilian and Comisana breed, fed for 90% with fodder from the natural pastures of the region. It is precisely the type of feeding of the sheep that makes the flavor of this ricotta particular.

In appearance, in fact, Roman ricotta is not significantly distinguished from other ricotta, if not for a more marked color than those of cow's milk. What characterizes it, however, is the typical sweetish taste : sheep ricotta is generally sweeter because it is fatter than a cow's milk. In addition, the DOP production disciplinary does not provide for acidity correctors and allows the use of milk up to 15%, and this influences the final flavor of the product. The full flavor of Roman ricotta is appreciated above all by tasting it fresh, but it is ideal for sweet preparations (from cannoli to cakes), as well as savory (from ravioli to cannelloni).