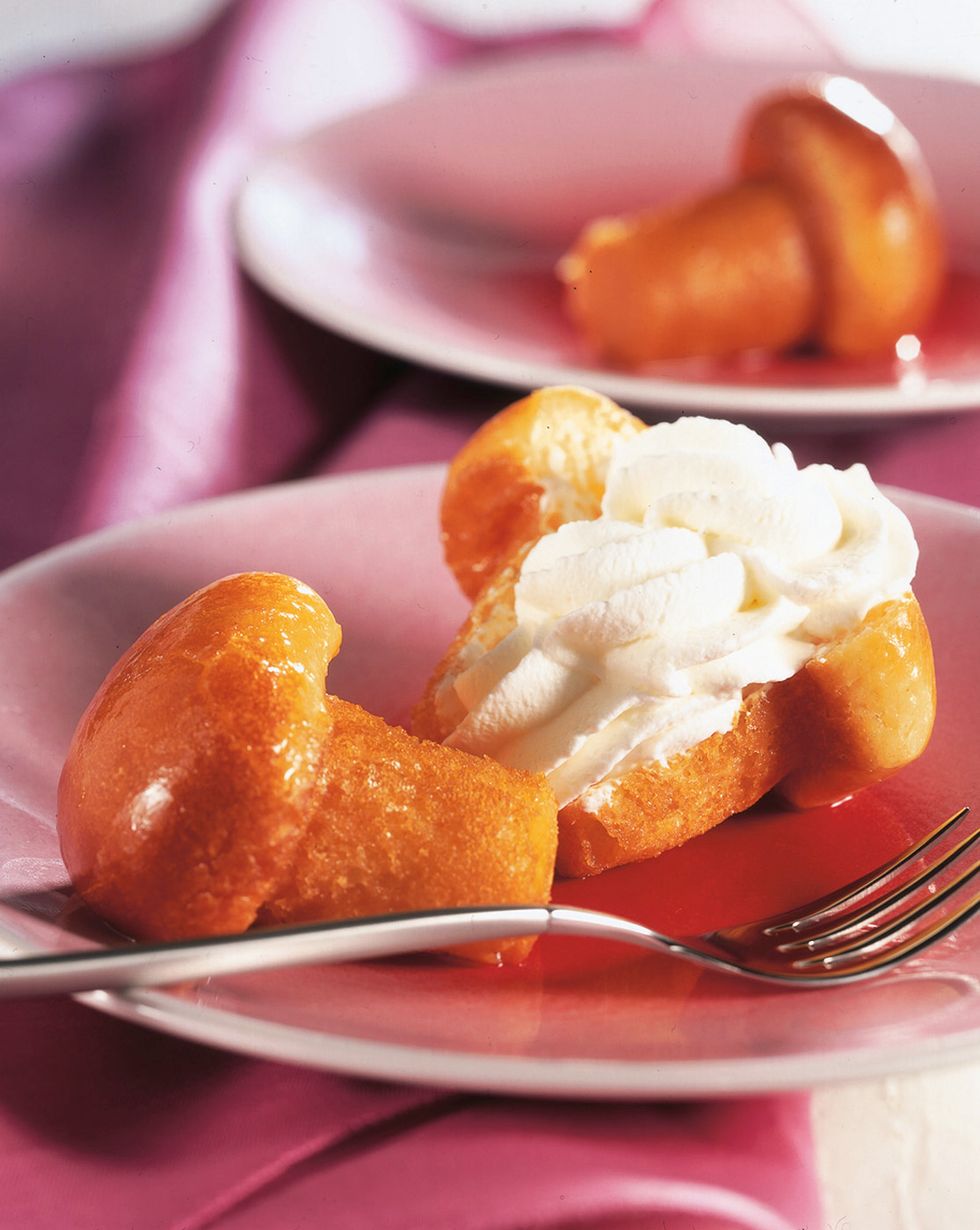 Sweet made from yeast dough in the shape of a mushroom, soaked with sugar syrup and a distillate (generally rum). The babà is mistakenly considered a sweet of Neapolitan origin. Instead, it seems that its inventor was the Polish king Stanislao Leszcynski who baptized it with the name of the hero of his favorite book, Ali Babà. The king loved to prepare this dessert by soaking it abundantly with rum and then inflaming it.

When her daughter married King Louis XV, the dessert was introduced to the court of France and from there it landed in Naples. The baba paste must be very light, in order to easily absorb the mixture with which it is soaked. Babà is generally a portion dessert, prepared with special truncated conical molds whose height is equal to the measurement of the upper diameter. A bigger baba can be made with a charlotte mold.