Sage is an antidepressant 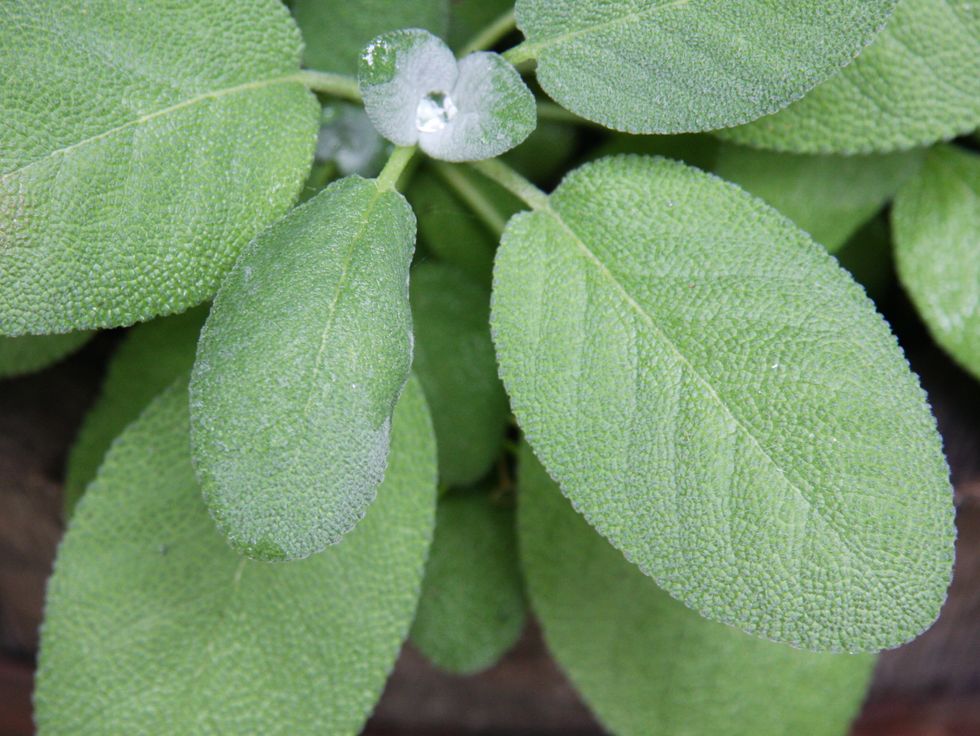 It is one of the most popular aromatic herbs: in the kitchen it gives flavor to many recipes and for wellness experts it is known as a plant of good humor. But not only. Here we tell all its properties

Sage has been known to man since ancient times. There are many species of sage, but the type normally used for food use is salvia officinalis , otherwise known as common sage. It is an evergreen shrub, its leaves are oval, velvety and unmistakable as well as its scent, the color is characteristic and its flowers are purple.

Good mood plant
It is said that this plant has been courted and famous since ancient times and its advantages are many. It is no coincidence that in the language of flowers it is a symbol of longevity and immortality.

Sage is versatile in both use and benefits; it can be consumed in various ways: in the form of herbal tea, in decoctions, as a condiment, in oils and even fried. Most of all it is known as a plant of good humor and is attributed the ability to counteract depression, improve concentration and memory, it is perfect in case of physical and mental exhaustion and is revitalizing in case of asthenia. A study conducted by Northumbria University Newcastle ( click here ) shows, in particular, that sage acts on mood: the volunteers who took the sage leaf extract during the experiment were less anxious, happier and more be careful, even if you are faced with delicate and demanding tests.

All the other virtues
Sage is also good for those suffering from insomnia and in the case of diabetes it can play an important role, because it is able to reduce blood sugar. It also has anti-inflammatory and healing properties: the leaves crushed and collected in gauze, for example, can be a useful remedy for gingivitis , abscesses and sores. It is a plant that is a friend of women, because it alleviates problems related to the menstrual cycle and the latest discovery that concerns it, attributable to South Korean researchers, refers to its ability to act as a curative substance against osteoporosis . For the moment it is only hypotheses, but the experimentation is proceeding.

Multifunctional plant, since ancient times
The Gauls considered it a sort of panacea against all ills, the Chinese considered it an elixir of long life and the Romans considered it a sacred plant.
In short, since ancient times it has been used as a multifunctional, diuretic, digestive and balsamic drug. Finally, the medicine obtained from the leaves fights the excessive sweating of the feet and hands. Sage also promotes gastric secretions, counteracting the onset of stomach pain and the vapors of the hot sage infusion release a balm that is beneficial in the treatment of respiratory diseases.