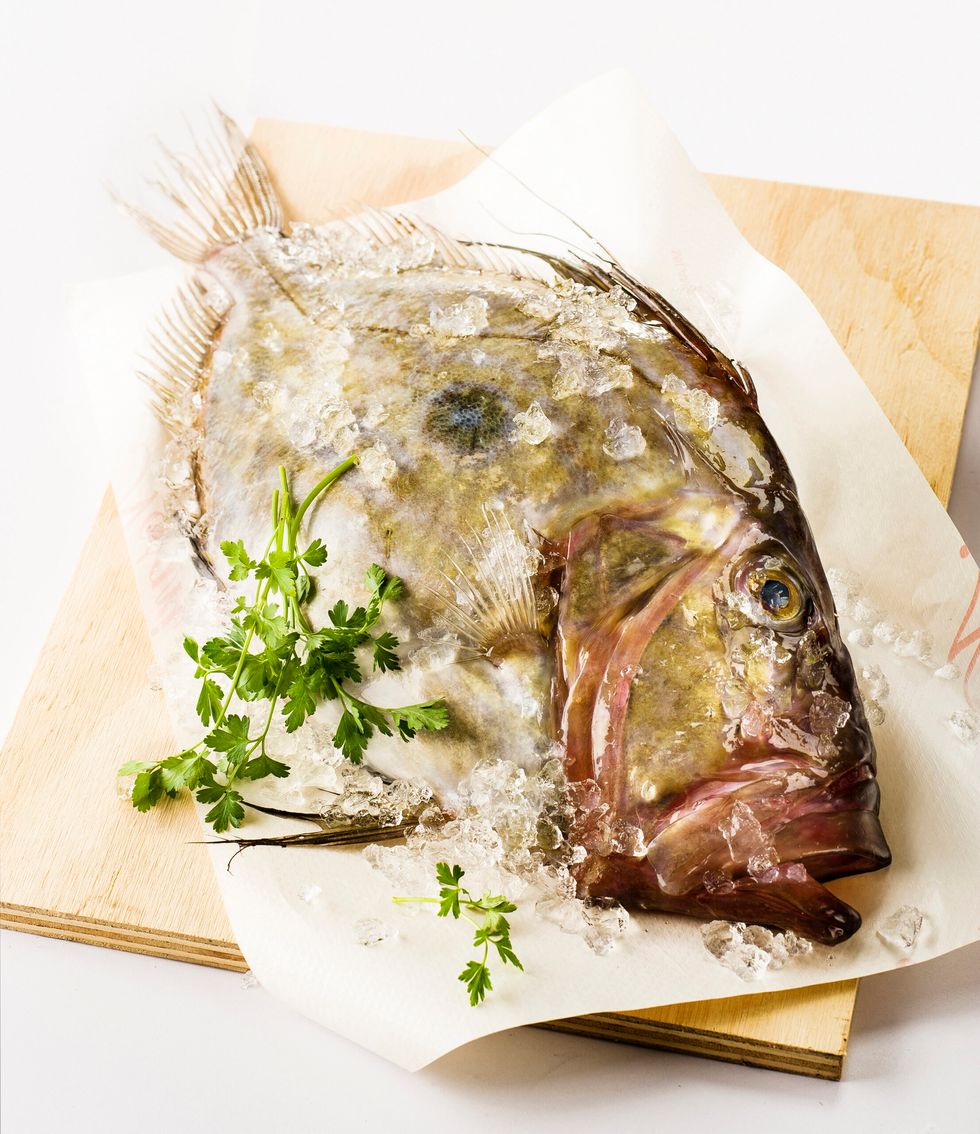 San Pietro is a sea fish, its meat, highly valuable on the market, is white, firm and savoury, and so suitable for many preparations. It is generally sold in fillets, which are previously separated from the thorns.

The San Pietro fish has a very recognizable appearance, in fact its shape is unique among Mediterranean fishes: it has a laterally flattened body, which can reach a length of 50 cm, however it is usually 30-40 cm long; a large head; a dorsal fin with long filaments and a wide blackish spot on both sides. Legend has it that these two spots are St. Peter's footprints (hence the name), left while fishing it with his bare hands. St. Peter's fish is a predator that feeds on fishes, mollusks and crustaceans. Plus, it is not bred, so that the market's supply comes only from fishing in the Mediterranean or in the Atlantic.

Due to its strong demand and high price Peter's fishes are caught also in other countries (above all Tunisia and Morocco) and imported in the Italian market, where generally they arrive fresh. In fact, St. Peter's fish is not very abundant in our seas, it can be found more in the Adriatic, especially near the Croatian coast.

This kind of fish is excellent in the oven or in a pan with butter and sage as well as with tomato and Taggiasca olives, but it is also great as an ingredient for soups and broths. Fresh fishes are recognizable by their eyes, which must must protrude outwards; when the eye begins to lose its internal fluids' pressure, it flattens and then becomes concave; at this stage even the leather has lost its luster and it is best not to buy it.