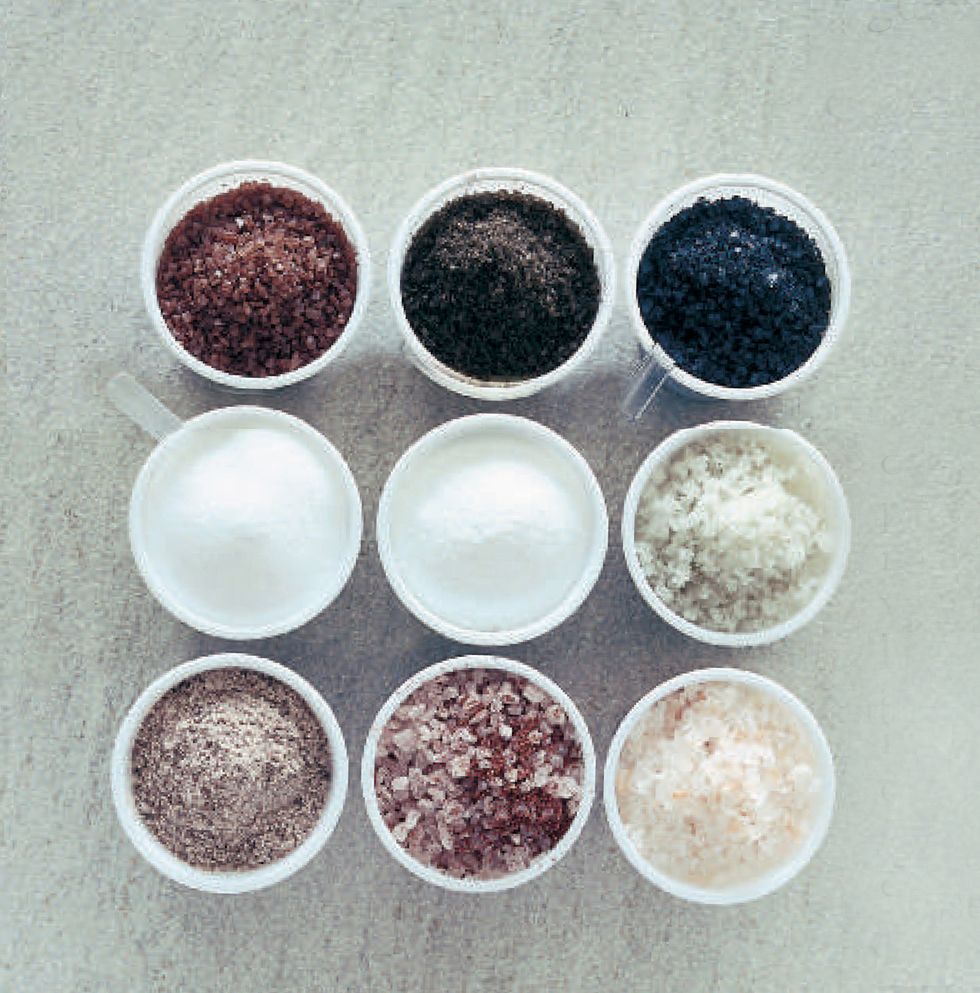 [rebelmouse-image 24993496 alt = "Salt" original_size = "296x300" expand = 1] Salt is one of the most widespread and used natural elements in the world. It gives more flavor to foods , helps their conservation, fertilizes the fields, removes stains from clothes and, according to a recent study by the American University of Iowa, also improves mood . For this reason, over the millennia, salt has been treated as a precious commodity like gold, an object of trade, commerce and even wars; in recent times, commercial production in the world has increased from 10 to 22 million tons in the last century and for 2009 a peak of almost 250 million tons is expected. The salty taste , in fact, is very popular at all latitudes and, as some researches on taste claim, it produces a kind of "addiction" that is difficult to do without.

In fact, if you don't want to take any health risks, salt should be used in moderation . The maximum consumption should be 5-6 g per day (equal to a teaspoon), as indicated by the World Health Organization, while on average it is 10-12 g. In fact, if you cannot live without sodium (the most important component of salt essential for maintaining the body's water balance), excessive consumption of this mineral can have negative repercussions. Firstly, on blood pressure which, according to most of the studies carried out, tends to rise, with a greater risk of cardiovascular diseases.

While experts recommend a low-salty diet, on the other salt has become fashionable, not the common one for cooking, but the unusual and precious varieties preferred by chefs and gourmets.

From the Himalayan pink salt , handcrafted in the mines and rich in minerals also appreciated for their healing properties, to the black Hawaiian salt , with a silky consistency, which is mixed with volcanic lava and activated carbon and has a slightly sulfuric flavor; from the Fleur de sel (flower of salt) of Guérande (Brittany) or the Camargue , the most precious of the natural sea salts that emerges on the surface of the salt water, to the smoked salts of the United States.

All rare and valuable varieties (costing up to 60 euros per kilo), which must be sprinkled sparingly to give a special touch to the dishes . For cooking, on the other hand, common salt is preferable, better marine than rock salt (mine) and possibly whole, tastier and rich in minerals and trace elements that are precious for the body. The refined one is instead composed only of sodium chloride. Also recommended is iodized salt, enriched with iodine, a rare mineral in foods that is important for the proper functioning of the thyroid.