Salt: everything you wanted to know 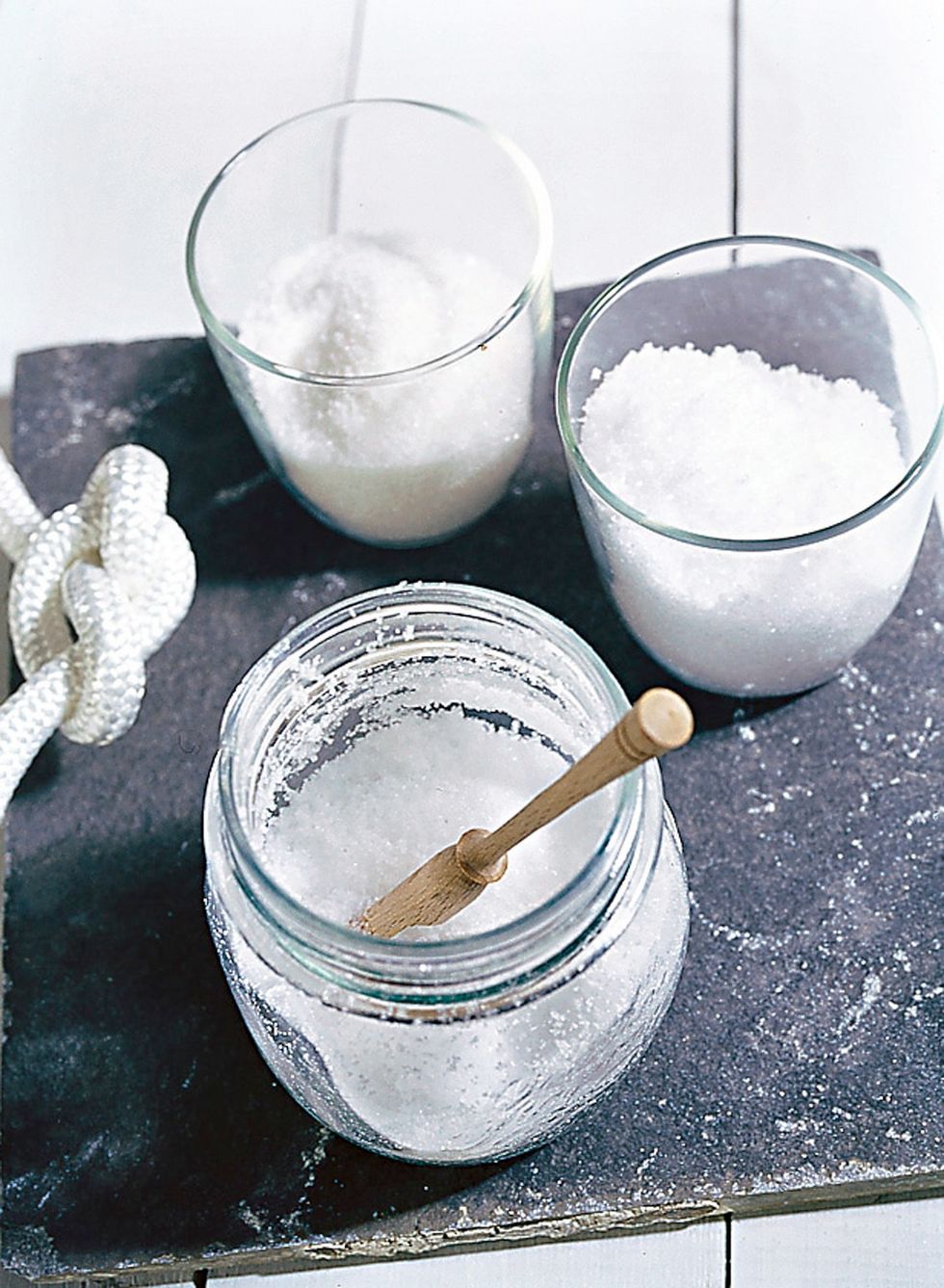 White or colored, wholemeal or iodized, with herbs or smoked: how to choose the right one and dose it correctly

A pinch of salt : it is often this tiny detail that can make the difference between a good dish, one like this and one that is sometimes inedible.
Flavor is, in fact, an appreciable and in many cases even indispensable characteristic: from fries to shortcrust pastry, it is precisely that pinch that gives the right boost to the flavor of foods which, otherwise, would be "flattened".

However, often our taste is set on a marked salinity , thanks to the use (and often the abuse) of ready-made products and preserved foods . Thus, we tend to use too much of it despite the well-known negative effects of overuse.

How much to use?
Let's say straight away that a healthy person shouldn't exceed 5-6 g per day . In fact, the salt is largely made up of sodium chloride , around 80-85% (but there are qualities, such as that of Trapani Igp , which reach 97%), and our 5-6 g daily provide on average 2-2.4 g of sodium , which corresponds to the recommended daily amount.

Taking into account, of course, not only what we add to food but also what is present in sauces, sauces, sausages, baked goods and company.

Not being able to act the latter (if not eliminating them), it is necessary to intervene on their use in the kitchen and on the table . But not everyone is ready to eat plain pasta and silly bread.

Thus, even in the wake of this healthy need, "alternative" salts are spreading: quotation marks are mandatory because, if on the one hand they have interesting gastronomic characteristics, on the other the nutritional ones appear modest, if not entirely non-existent.

The colored salts
The most famous is the Himalayan pink . Which, to begin with, is not extracted from the mountains of the chain of the same name but a few hundred kilometers away, on some hills of Pakistan .

It is a rock salt , enclosed in the rocks following the drying up of the Oceans, which occurred millions of years ago, and owes its pink color to the presence of a small percentage of iron (maximum 0.05 mg / g): a characteristic that is earned the reputation of a supplement of this mineral and other trace elements , such as zinc and manganese, a little hastily. All contained in such infinitesimal quantities as to be irrelevant : just think that the recommended dose of iron per day is about 10 mg, equal to 200 g of pink salt!

The situation is different for gray sea salts, like the French Breton and Guérande (in the Loire), and red ones , like that of Hawaii , whose color comes from the presence of clays : just wash them in a little water to see the color fade.

Black salt also comes from Hawaii and Cyprus , originally from volcanic areas, in which a small quantity of coals appears.

Some of these qualities are also said to be low in sodium . On closer inspection, the data corresponds to the truth since in a gram of colored salt, in addition to sodium chloride and traces of other salts, there will also be a share of clay or coal and, therefore, less sodium ... But it is clear that it is only a mirror to attract consumers : in fact, to have a salty power equal to any white salt, it is necessary to increase the quantities of red and black.

It remains that these condiments all have a nice chromatic effect , also because they generally have rather large and decorative crystals , and therefore can be safely used as a final garnish, added to foods just a moment before serving, while in cooking they would be completely wasted. .

Flakes, fleur de sel, wholemeal: when origin matters
In addition to the color, there are salts famous for the shape of the crystals and others for the area of origin. The salt of Maldon is part of both categories, a town in the south-east of England where for centuries (it seems since Roman times) it has been produced by evaporation of sea water with a technique that allows to obtain pyramidal crystals that are very beautiful to see .

A sort of flakes that, at the moment of tasting, are extremely pleasant because they are crunchy and, when they are crushed under the teeth, they create a small explosion of flavor. With the same technique "salt flakes" are also produced in other parts of the world.

Among the gourmets, the so-called "flower of salt" , that is the crystals that first emerge on the surfaces of the evaporation tanks, is also popular. These are "whole" salts so called because, unlike the refined ones, they are not subjected to washing and centrifugation: they therefore remain rather humid but crumbly , also perfect to use "raw".

Whole products come from many local salt pans, some particularly famous such as those of Mothia , in Sicily, or of Cervia (Ravenna) with its "sweet" salt which does not contain, if not in very small traces, the compounds responsible for the bitter taste (chloride of magnesium and sulphates of magnesium, calcium and potassium) which is sometimes felt in overly salty dishes.

The "dietetics"
The bitter taste also characterizes the low- sodium salts , real dietary products dedicated to those suffering from hypertension and to be used under medical advice (they may have contraindications for those suffering from diabetes, heart and kidney failure), in which sodium chloride is in part replaced by that of potassium.

Iodized salt is even recommended by the World Health Organization: sea or mine salt to which a certain amount of iodine is added that changes from country to country according to the specific needs of the population: the one marketed in Italy contains 30 mg of iodine by law. per kilo (the requirement is 150 micrograms per day ).

Iodine is valuable for children, for proper neurophysical development, and for adults to regulate metabolism and prevent goiter. A good choice, therefore, especially for those who are aware of having a diet low in this trace element, for example because they do not regularly consume fish. Only those with hyperthyroidism should avoid it .

The flavored
Having established that salts, dietary aside, have no direct effects on health (if not negative, in the case of excessive use), the choice of one type rather than another is therefore exquisitely gastronomic.

The many flavored salts on the market meet this need. Some are very familiar: this is the case of the Bolognese brine , in which salt is mixed with garlic, sage and rosemary, excellent with meats and potatoes. Also common are citrus salts , especially lemon or orange, perfect with fish.

Browsing among the more exotic specialties, typical is the Chinese "salt & pepper" , with aromatic Sichuan pepper and the unusual "anesthetizing" effect on the taste buds.

Finally, smoked salt is very popular: from the Scandinavian one, which originates from the Vikings, to the "smoked salt" of the north of the United States, which seems to have been borrowed from an original American Indian recipe.

Exposed to the smoke of precious woods and even barrel boards, they absorb the aromatic complexity and are preferably combined with the traditional preparations of those regions: from salmon to herring to grilled red meats, always combined at the end of cooking, for do not disperse the scents.

In short, there are many qualities to choose from to enrich the "salt" section of your pantry. Perhaps making you change your habits when using this condiment: not only to taste, "as much as you need", but also to taste, or "the right one".