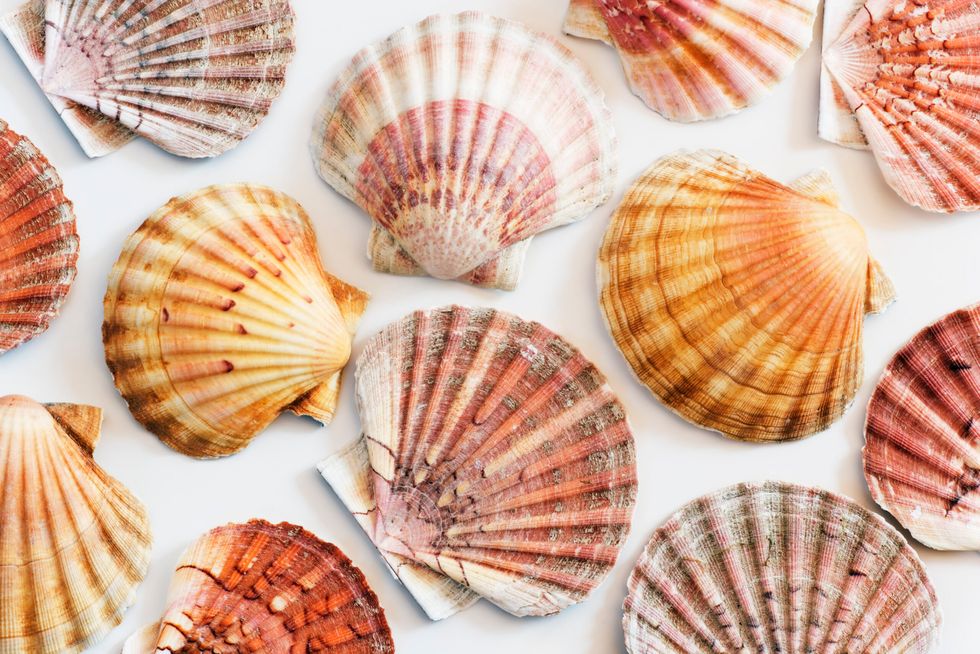 The shell of San Giacomo is a lamellibranch mollusc with a very large shell (it can reach 15 cm in diameter), white and pink in color, fan-shaped and crossed by a series of vertical grooves. The two valves are different from each other: one is flat, while the other is strongly concave, it is is here that the large mollusk is found, consisting of a "nut" of white and firm flesh, a red appendage called "coral" and a "honeycomb" full of sand which is preferable not to consume (at most you can use it for a fish "fumet"). This shell is also called scallop, Saint-Jacques (in French) and shell of Pellegrino. The shell of San Giacomo is one of the most consumed molluscs in the world. It can be opened raw (using the oyster knife with a short pointed blade) or hot (placing it with the rounded part on a hot plate or in a large pan over high heat). Once opened, walnut and coral are extracted and can be cooked in various ways. The shell of San Giacomo is excellent, both au gratin and in salads. Its best season is from September to all of May.