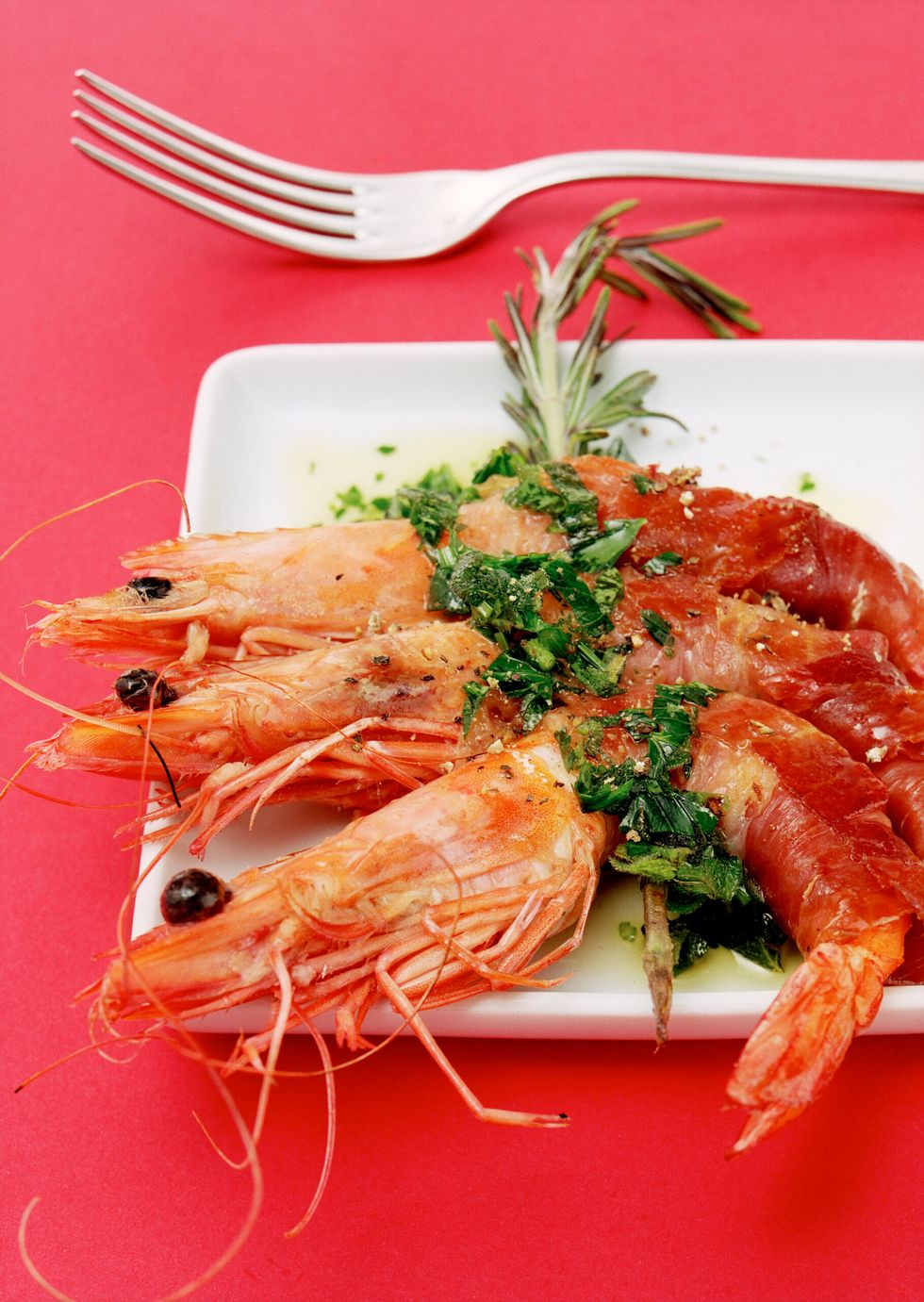 The shrimp, also called prawn, is a rather valuable crustacean with a long and narrow body divided into three parts: cephalothorax (the head), abdomen (the tail) and five ambulatory limbs. The head is characterized by a rostrum, more or less long, depending on the variety of the crustacean.

Shrimps lend themselves to many preparations, including haute cuisine. Among the most important species we will mention the two varieties of Mediterranean red prawns, up to 20 cm long, with very valuable meats and shells that can be deep red or pink with purple hues.

There is also another type of red shrimp, longer than the previous ones (it reaches over 30 cm), with excellent meat: it comes from the Atlantic and is generally found frozen on Italian market. Equally valuable is the royalshrimp, which has a gray-pink shell with dark spots tending to purple.

Then there are the sand shrimp, small in size and with a modest amount of pulp; the Mediterranean pink shrimp, with an almost pearly shell and greenish spots on the cephalothorax. The latter can reach 18 cm in length and its meat is good, but less valuable than the previous ones. Finally, there is the crayfish, its shell fades from red to black but becomes bright red when cooked; it is excellent cooked in soups and in Carthusian risotto.