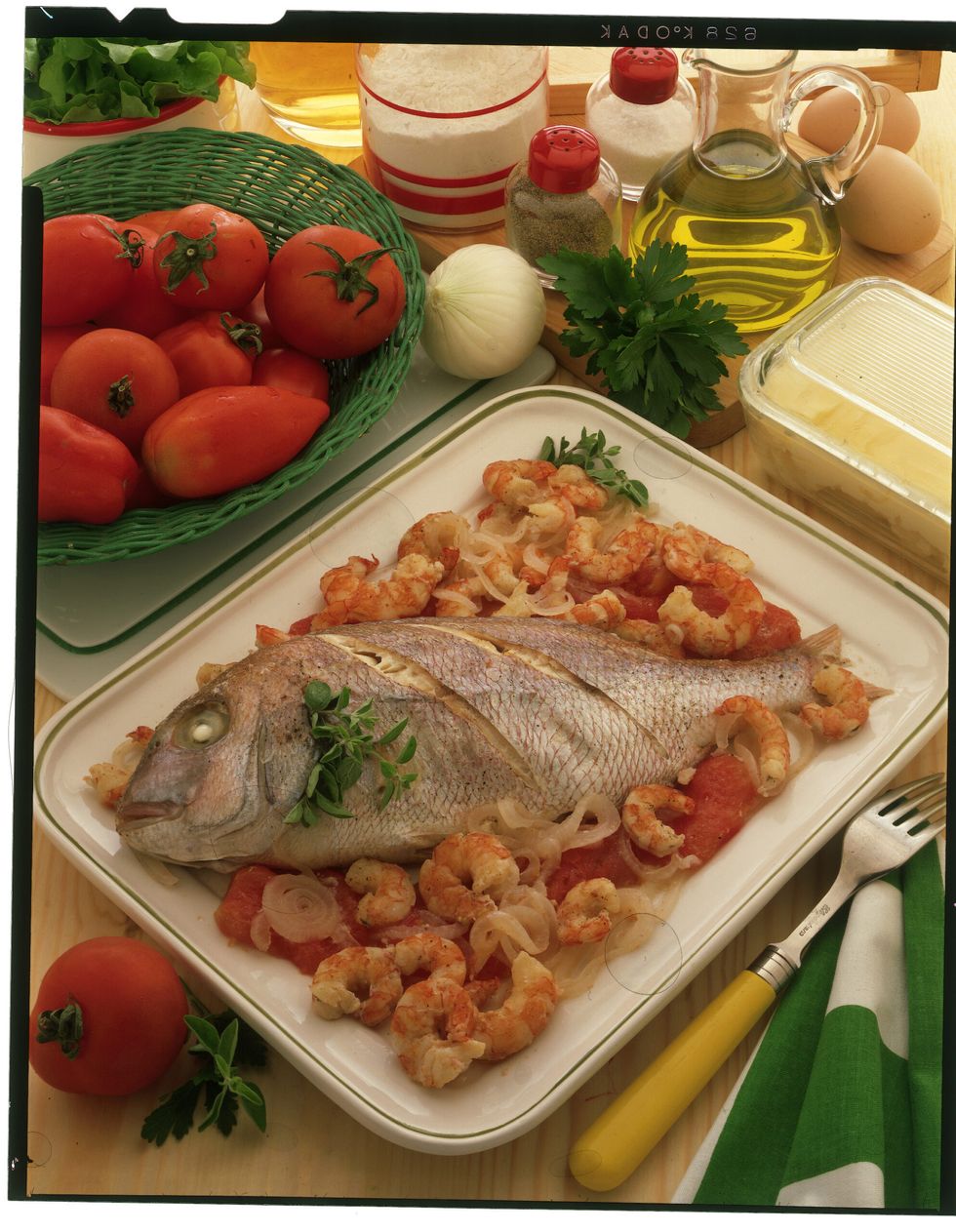 The snapper is the largest sea fish belonging to the Sparidae family, it can in fact reach a meter in length. The color varies according to its age: the young ones normally have a steel blue back and silvery sides, with reddish pectoral fins, while the largest specimens can take on a vinous red color.

Its white and firm flesh is excellent in cooking and makes it a very popular fish. It is found throughout the Mediterranean and in the Atlantic, on bottoms up to 200 m and near rocky coasts, where it normally lives isolated, so few specimens are captured at a time. Breeding attempts have carried out with good results but unfortunately, like many predators, the snapper feeds on other fish, so the specimens in the same tank might eat each other and this is represent a limit to breeding.

The strong demand in Italy is satisfied with the importation of snapper caught in other areas, which arrives refrigerated or frozen. To make sure that the fish is fresh, be careful to observe its eye: if it is swollen and shiny, it means that it is fresh, while if the eye is sunken and not bright, the fish is a bit old. In fact if the lens is opaque white, it means that the fish has been frozen or kept at a temperature below 0 for several hours. Tradition prefers cooking snapper in the oven or on the grill.

There are three main types of snapper: the Mediterranean snapper, with a rather thick and laterally compressed oval body, it is blue-gray on the back, silvery on the sides and often punctuated by numerous dark blue spots. It is a very valuable species, with firm flesh, better in smaller specimens. The big redsnapper, so called for its big eye, reddish in color, with golden longitudinal lines (it can reach a maximum length of 35 cm). It is found particularly in the Aegean sea; like the previous one, it has excellent meat, even if not as prized. And finally the cuirassiere snapper, reddish with metallic iridescence, difficult to find in Italian seas. This type has excellent and firm flesh. In any case the snapper lends itself to numerous culinary interpretations, both whole and in slices. It is good grilled, roasted, stewed, stuffed and boiled.