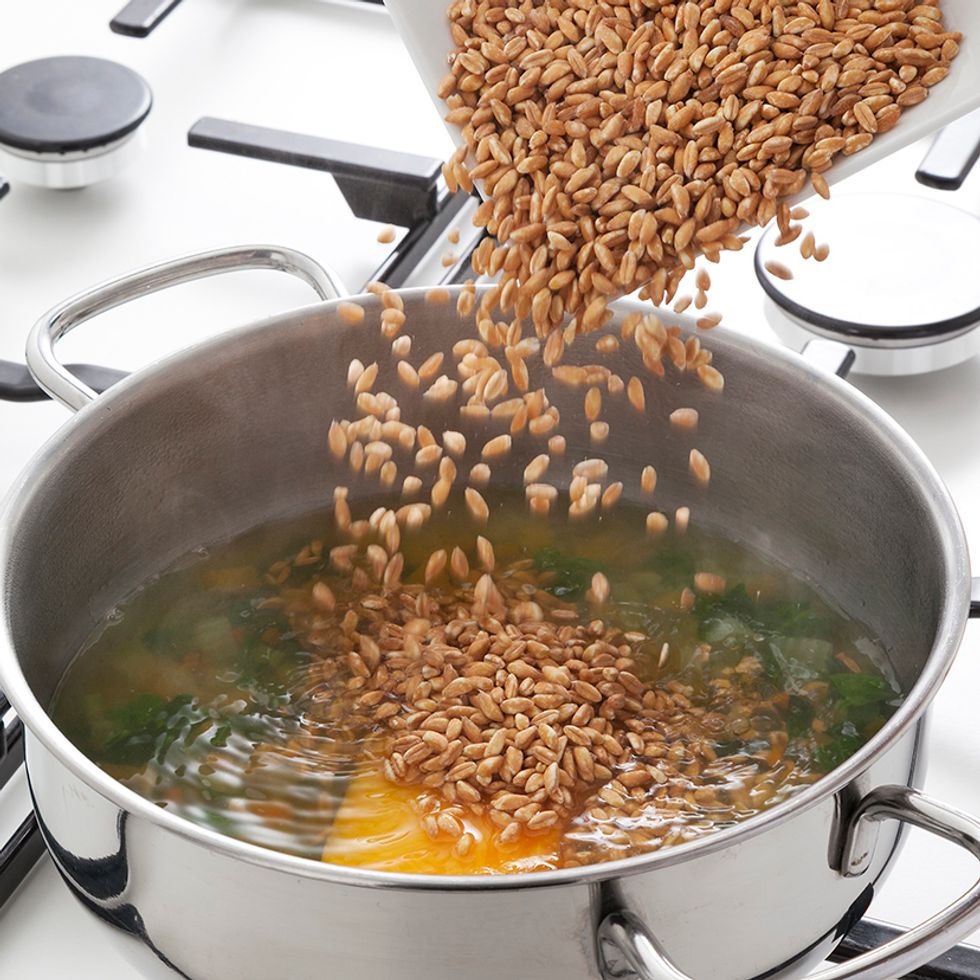 Spelt is a herbaceous plant belonging to the Graminaceae family. It is also known by the name of spelled. It has characteristics quite similar to those of wheat of which it is probably the progenitor. As a matter of fact, this cereal was cultivated in pre-Roman and Roman times. The ear is quite thin and contains grains (much smaller than those of wheat), which are marketed in the form of grains. In Roman times it was used in the preparation of "puls", a kind of polenta. Today, spelt is essentially used to make rustic soups.