Spices: all the true 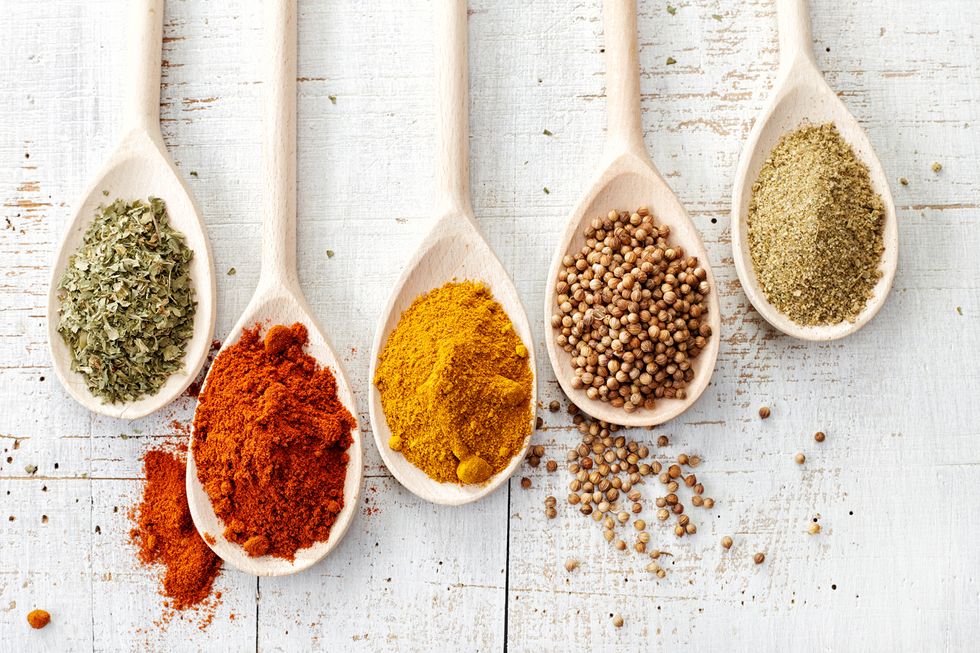 In Italy, sales of spices are growing in double digits, driven by their health properties. But is it really so? Some recent studies reduce its beneficial effects but confirm its usefulness in the kitchen

But how did we live (and cook) for decades without ginger and turmeric, without paprika and cardamom? The question arises spontaneously when listening to yet another expert who illustrates the beneficial properties of spices, and not only for the success of a recipe, but also for human health. A message that Italians have seized on the fly, as emerges from the 2017 Coop Report: in one year the sales of ginger grew by 72% and those of turmeric by 22%, and the expenditure to buy ginger has soared to be today double compared to the euros for the purchase of the much more famous cinnamon. Furthermore, 62% of those who buy turmeric do so for health reasons and only 34% for taste, claiming to consider spices as real superfoods.

In fact, "the studies conducted on spices and on the chemical components present in them are increasing and there is a lot of scientific evidence on the potential protective role of these natural substances against chronic degenerative diseases and cancer", explains Maria Pia Fuggetta dell ' Institute of Translational Pharmacology (Ift) of the CNR. But before crying out for a miracle, great caution is needed. And for various reasons. Let's take stock of the situation.

They are the oldest, simplest, most natural and handy way to flavor foods, flavor them, preserve them and make them safer to consume, thanks to their antibacterial effect. For this reason, spices have always accompanied the history of humanity. Only recently has it begun to study the mechanisms of action on the human body, in which they carry out digestive, antioxidant, antidegenerative, anti-inflammatory and antiproliferative effects.

But, reading the studies, it turns out that the researchers did not study so much the spices, but their active ingredients (i.e. their characteristic components) taken through supplements or drugs. Keeping in mind that these active ingredients are present in spices in percentages ranging from 0.5 to 4%, it is clear that to obtain the benefits we should consume disproportionate quantities of spices every day.

Furthermore, the studies that highlight the benefits of spices have been largely conducted among populations that have the habit of consuming many of them (such as the Orientals) and therefore it is not yet clear whether the positive effects recorded are actually due to spices or habits of life different from Western ones.

The interactions of spices with drugs and foods should be explored

Many of the studies have so far been conducted only in vitro and, therefore, their results must be reviewed in the light of the reactions that the beneficial components of spices live within the human body and their effective bioavailability.

Furthermore, since spices could be used together with drugs (in particular against chronic-degenerative diseases), to enhance their effects or reduce the necessary doses, it is important to investigate how they interact with the active ingredients of medicines and herbs, and also with other foods.

"It is also important to keep in mind that natural is not synonymous with harmless and that alongside the beneficial effects we must consider particular conditions such as intolerances, pregnancy and some pathologies that may advise against the use of some spices".

Effective for using less salt in the kitchen

"Spices, or rather their active ingredients, really have great potential but what, at least for now, we can expect when using them in the kitchen is that they improve the palatability of foods and help us reduce the intake of salt in the diet" Alessia Pascale, professor of Pharmacology at the University of Pisa, told Corriere della Sera.

On one point, therefore, the researchers agree: getting used to cooking with spices is the simplest and tastiest way to gradually reduce the use of salt. A problem that affects us closely, given that in Italy we consume 10-12 grams per day, that is more than double the recommended amount. And it is known that the abuse of salt increases the risk of hypertension and related.

That spices work in adopting a less salty diet is confirmed by several studies (such as the one published in Am J Clin Nutr. 2015).

On other fronts, however, it is better to be cautious in boasting the concrete effects of spices, because studies are still not very significant. For example, research conducted in the US has shown that a diet rich in spices can strengthen the body's antioxidant defenses and reduce post-prandial blood sugar. Interesting results but recorded on a sample of people too small (6 adults) to be reliable.

Turmeric: antioxidant and anti-cholesterol but not very bioavailable

It is the superstar of the moment, the most studied spice (it is the focus of over 8 thousand scientific articles) and on which researchers have the most hopes, because its active ingredient (curcumin) is revealing many positive effects: antioxidants, antivirals, antiproliferative and anti-inflammatory. So it is suggested in many situations: to protect the intestines (for example in those suffering from Crohn's disease), to fight arthritis and cognitive impairment (and prevent Alzheimer's) and to prevent tumors and mitigate the effects toxicants of chemotherapy.

It is a pity that curcumin, taken with food, unfortunately has a very low bioavailability and that to take advantage of its benefits it is much more effective to take it through supplements because it is absorbed better and therefore more bioavailable. In fact, the most cited study that explored the ability of curcumin to improve the memory of the elderly was carried out by not consuming turmeric in food but by taking 80 mg of curcumin encapsulated in nanoparticles every day.

Ginger: fights nausea, but when consumed every day

Here is another spice that is experiencing a real boom in Italy. And not only for reasons of taste and pleasure, but also for its health values. Used for centuries to control nausea and vomiting (sailors ate at least 1 gram every day), and for this reason recommended during chemotherapy, today ginger is revealing many other interesting properties: it would be anti-inflammatory, antioxidant, anticancer, pain reliever and hypoglycemic. The many studies that have investigated these mechanisms reveal that the positive effects are already shown starting from a regular consumption of 1 gram of ginger per day and grow with increasing quantities consumed.

Cinnamon: It is sweet but lowers blood sugar. If used regularly

This spice, which has always been associated with the sweetness of pastry, promotes digestion, counteracting abdominal fermentation. And only recently has it revealed unexpected abilities to reduce blood sugar, cholesterol and triglyceride levels. Also in this case caution is needed: this effect was found only in diabetic patients who took between 120 and 2000 mg per day of cinnamon every day.