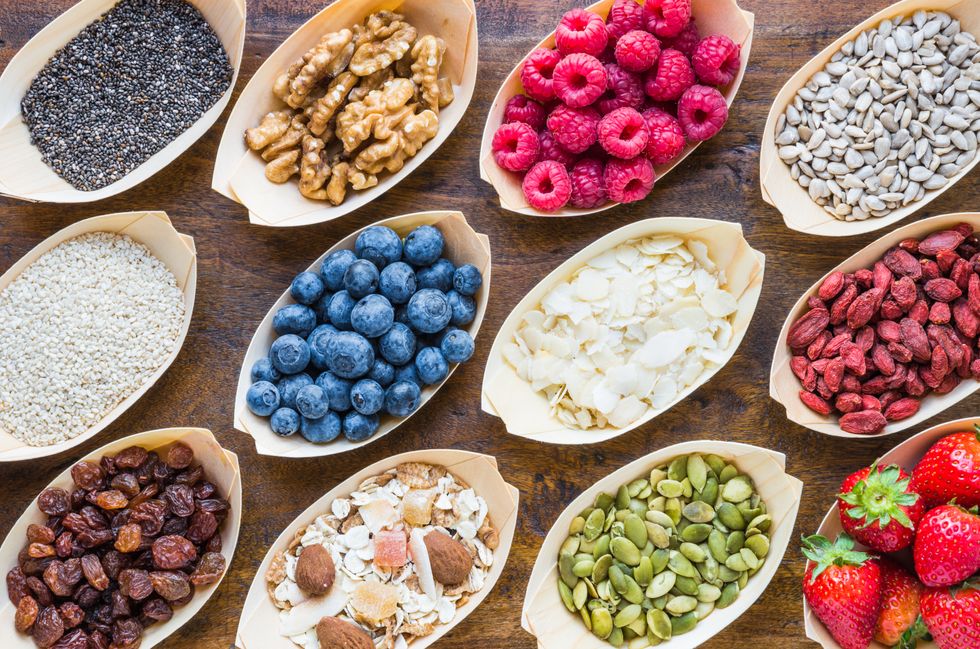 What are superfoods and how super are they really? There are many and although they are not the panacea for all ills (as some argue), there are actually very healthy foods. Some known and others not at all.

Goji berries, avocado oil, macadamia nuts, seaweed, potatoes, pomegranate, bergamot, chard, cabbage, moringa leaves : the word superfood has now entered the vocabulary of our diet and has existed in the Anglo-Saxon world for decades. It refers to those foods which are associated with specific health properties.

They are allies and accomplices in the fight against aging and ailments thanks to vitamins, minerals, antioxidants and fibers. They are products that come from all over the world and it is not necessary to go to the foothills of the Himalayas to track down some of these super foods. They are great for memory, are rich in antioxidants, lower blood pressure, prevent cardiovascular problems and aging.

Among the super foods that Mother Earth gives us, in addition to the aforementioned, there are also some less known ones, such as mesquite ( brownish-reddish flour ), rich in carbohydrates (and contains 25% of fiber) and also in proteins , which constitute between 13% and 17% of its intake and are very well digestible, or simply potatoes , defined as superfood family. While a truly super food is considered bergamot , a small fruit that condenses 350 polyphenols with antioxidant, anti-inflammatory and vaso-protective properties, as well as vitamins C, B1 and B2. And then there are those that have always existed, evergreen, which for some time have had a new appeal, but in reality have never waned, such as black cabbage or spinach , which have already become stars of healthy diets for some time, thanks to a supply of vitamins A, C, K and fibers at will. In many cases these foods were already sponsored by the Romans, the Maya or the Aztecs, but today they are rediscovered and above all declined in creative and original ways of consumption.

Finally, pollen should be mentioned, considered one of the most complete and a significant source of protein and all essential amino acids as well as a massive amount of enzymes (more than 5000), vitamins and minerals, and acai , small purple fruits help fight cancer, circulatory problems and even aging and one of the few fruits that contains oleic acid, the same one found in olive oil, as well as preserving the ideal complex of amino acids, necessary for muscle regeneration.

In reality there is a controversy about their qualities or maybe someone is simply trying to dispel an excessive fame, sometimes also pumped up by marketing strategies. Recently the Guardian newspaper for example, with the help of nutritional tables provided by the British Dietitians Association (BDA), undermines this super fame and dulls the reputation of these super fruits, super vegetables or super seeds. The rush towards these super foods over the last few years has been such that in the United States the superfood claim can even be labeled. Now the Guardian, but not only him, begins to make a lie about some of these foods, clearing their undisputed superiority and also pointing out some flaws. Whether in some cases they are fashions or real elixirs it is difficult to say. It is important to remember that it is not necessarily necessary to get lost among a thousand exotic and unknown names since many super-foods have always occupied our tables. Today, from small specialized shops some of these foods are spreading on the shelves of large retailers and it is still good to remember that they are not miraculous, since miracles do not exist. But they do very well.