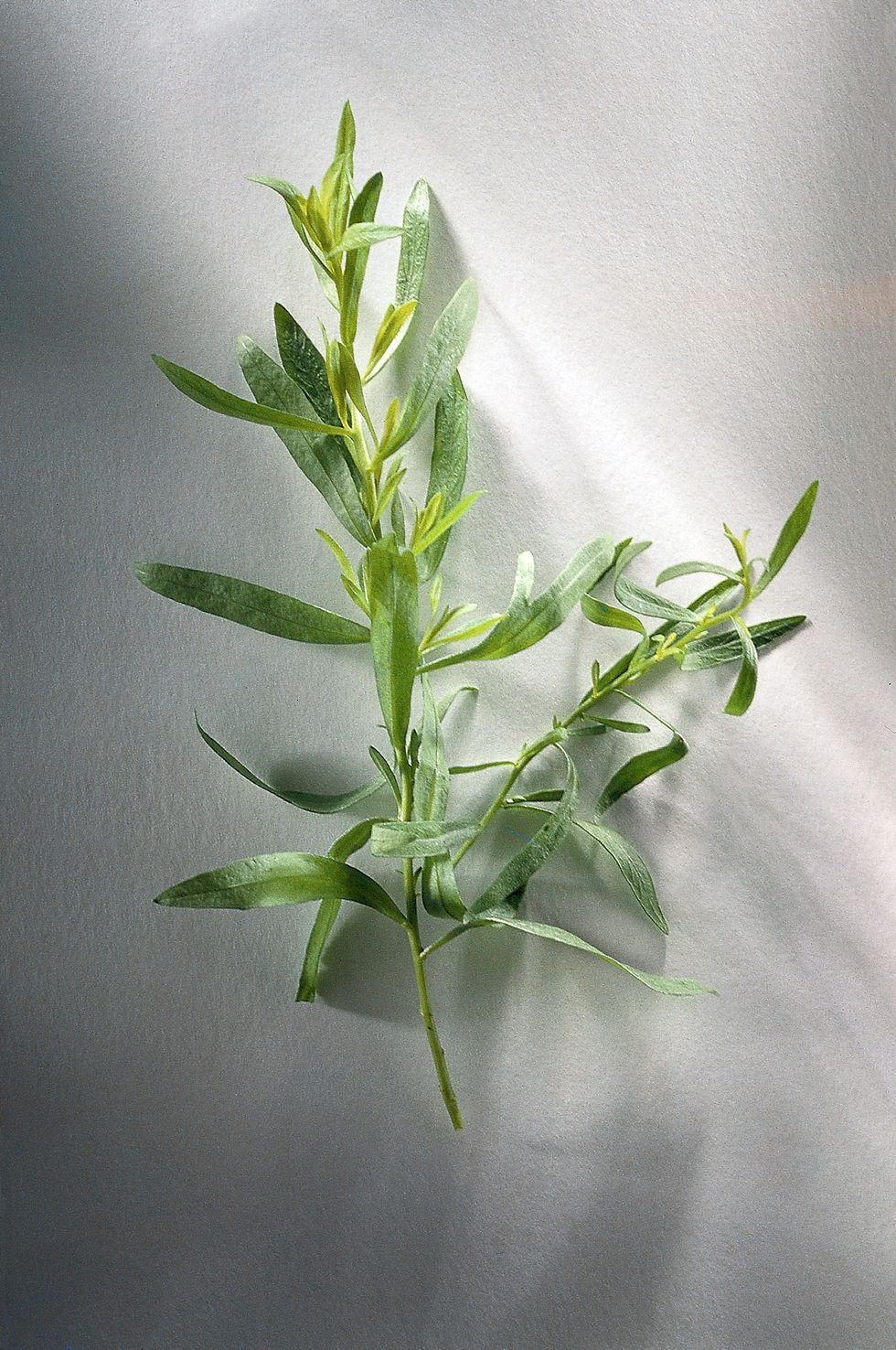 Tarragon is an aromatic plant that grows in a bush. Its height can reach up to one meter. Originally from Central Asia, it is also known by its French name "estragon". The long, narrow, deep green leaves have been used in cooking since the 16th century.

Terragon's leaves are used to perfume salads and sauces such as Tartare and Béarnaise, but also to garnish cold and jelly dishes thanks to their thin shape; if cooked, they are used to flavour dishes based on chicken, eel and eggs. Tarragon is also used to perfume oil, vinegar and mustard. The time when its aroma is most developed is between spring and autumn; since it has a rather intense taste, it is advisable to use it in moderation.