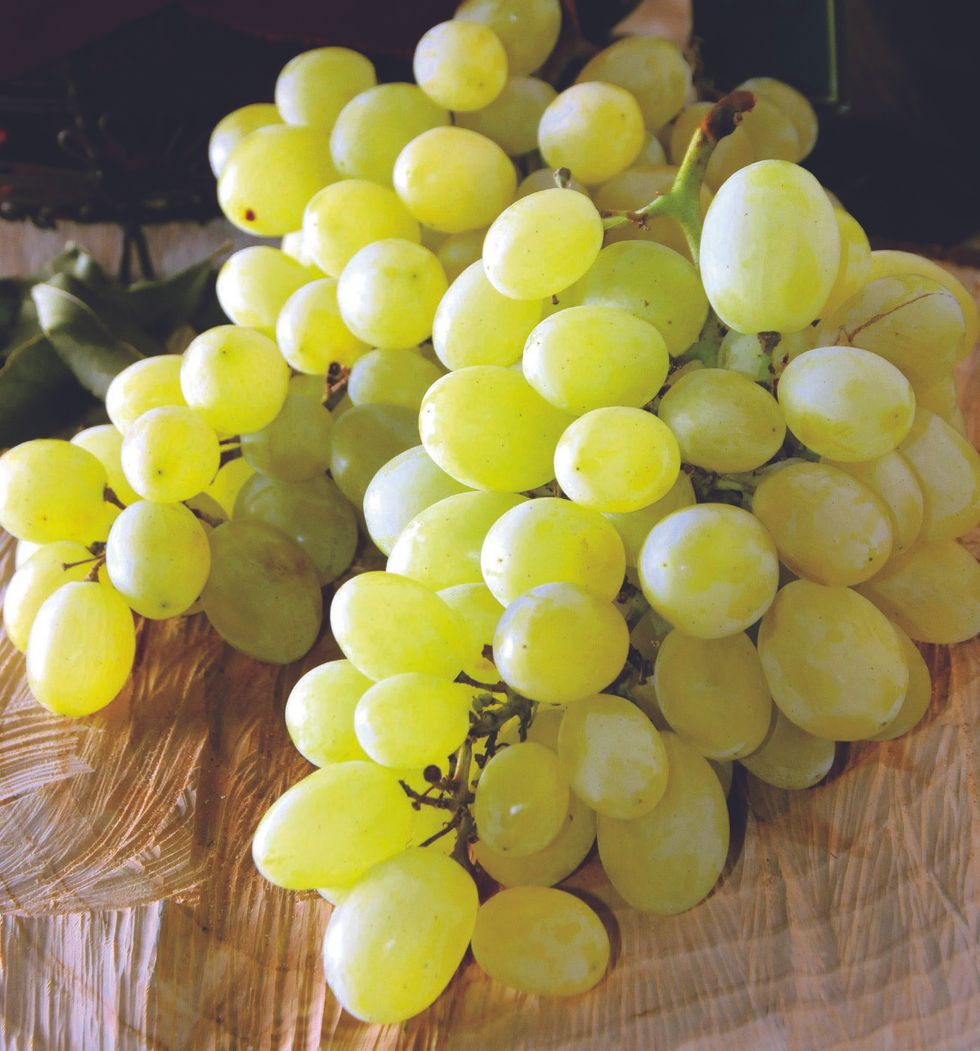 Pizzutello grape is a particular variety of table grape , one of the oldest, and is available from September until the entire month of October. It is recognizable by the very elongated and slightly pointed grains (hence their name), of a green-yellow or golden-yellow color when fully ripe.

With a very sweet flavor and sometimes with a vanilla aftertaste, they have a thin skin, a particularly crunchy pulp and only 1 or 2 seeds (ie the seeds); for several years, seedless varieties with the same taste characteristics have been studied. The clusters are medium-large (about 300-400 g) and sparse (that is, with rather sparse berries) and resist well to handling and transport.

The pizzutello grape was for years the most widespread cultivar in Puglia - the region where about 70% of the table grapes produced in Italy are concentrated - but subsequently it was gradually replaced by grapes with better yields, such as the Italia grape. . The areas that today produce pizzutello grapes in commercial quantities are the territory of Bari and Sicily.