Cabbage: why it is good and how to cook it 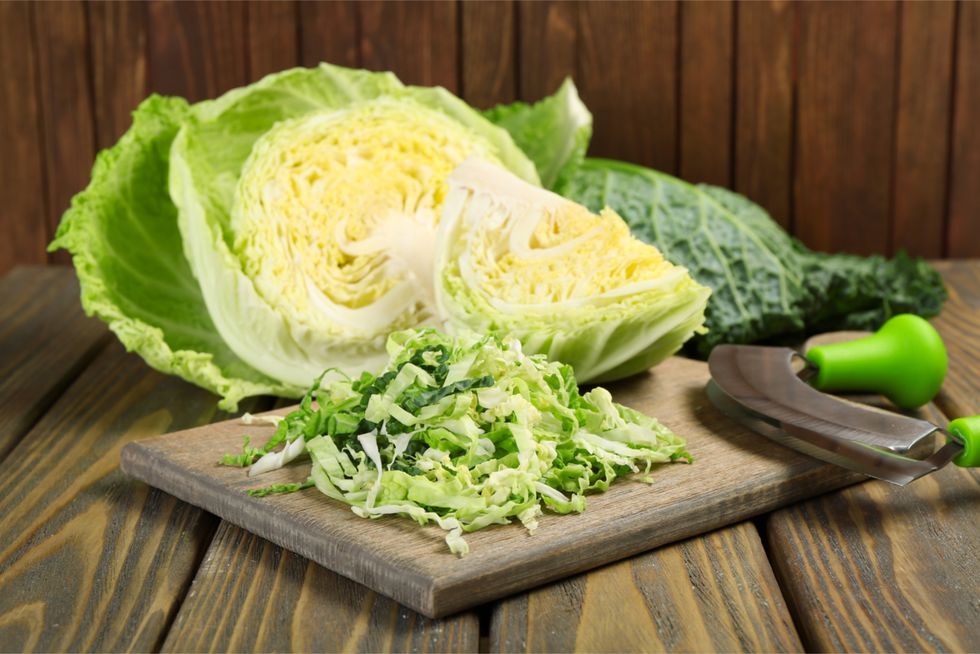 Rich in fiber, mineral salts and vitamins, cabbage is good, healthy and perfect to accompany second courses of meat

It is the protagonist of tasty winter specialties, such as cassoeula and pizzoccheri , but it is used, unexpectedly, even in gastronomic cultures completely different from ours, such as the Japanese one, for other preparations, such as the famous "omelette" of Kansai, the okonomiyaki .

We are talking about cabbage , also called Milan cabbage, or savoy cabbage, a precious ingredient in the kitchen, both for its versatility and for its beneficial effects on our health. Like all cruciferous plants, in fact, see cauliflower , it has important anticancer properties , thanks to its content in antioxidants and antimutagen substances.

The anti-cancer vegetable, beneficial for the intestine

[rebelmouse-image 25508604 alt = "161115" original_size = "1280x853" expand = 1] It explains Francesca Spiga, biologist nutritionist "Cruciferous vegetables are characterized by particular substances (i ditioltioni and indole-glucosinolates) effective against many toxic agents that to favor the onset of tumor pathologies . They also stimulate the formation of glutathione, a molecule capable of neutralizing the effect of numerous harmful agents for the body. But perhaps few people know that the anticancer effect of cabbage is also enhanced by its ability to stimulate intestinal transit , favored by the presence of fibers and in particular cellulose. If it is eaten quickly blanched and seasoned with oil and lemon, it facilitates intestinal transit, avoiding the prolonged stagnation of harmful substances in contact with the intestinal wall, from which some cancers may originate ".

[rebelmouse-image 25508606 alt = "171985" original_size = "1500x1000" expand = 1] Dr. Spiga adds that the quality of cabbage does not end here. Given the optimal balance between different minerals and vitamins C and E, it facilitates the absorption of calcium in the intestine and its deposit in the bone, thus helping to counteract the phenomenon of osteoporosis . It is therefore particularly suitable for postmenopausal women. Due to its iodine content, it boasts a stimulating effect on the thyroid gland, which results in an activation of different parts of the body, including a stimulation of the pancreas to secrete insulin. This is why in case of diabetes it represents a valid ally (such as the potato ).

[rebelmouse-image 25508607 alt = "171988" original_size = "1500x1000" expand = 1] Precisa Spiga "It should be avoided in the case of thyroid pathologies , in particular in the presence of hypofunctioning of the thyroid, since it possesses" gozzigene "substances, that is able to make iodine unavailable for the formation of thyroid hormones, a condition from which the formation of goiter can originate. However, with cooking the goitrogen substances are almost completely inactivated, it is estimated that in the first 2 minutes of cooking it is lost more of 50% of these substances up to over 70% in less than 10 minutes of cooking ".

Pay attention to the combinations at the table

[rebelmouse-image 25508608 alt = "6648" original_size = "523x393" expand = 1] In general, however, for everyone, it is good to pay attention to some combinations at the table, just to avoid excess iodine that can block the thyroid gland (such as the associations cabbage and fish, cabbage and algae). Particular attention must be paid to people on therapy with oral anticoagulants , because like all green leafy vegetables, it contains a lot of vitamin K, whose intake must be limited. However, despite the different contraindications, with some precautions on cooking and portions, given the numerous benefits or, there is no reason to deprive yourself of them.

In the kitchen you can indulge yourself

[rebelmouse-image 25508609 alt = "7194" original_size = "1425x978" expand = 1] But how does it work best in the kitchen? Illustrates Dr. Spiga "Savoy cabbage can be consumed in many ways. Steamed , just blanched , in risotto (savoy cabbage risotto is a dish particularly popular in mountain areas and functionally balanced) or in combination with meat . Delicious in rolls , which can be made in the most disparate versions, even for vegetarian diets. For a functional nutrition project I am part of, Cucineinsincrono , I prepared a dish of vegetarian cabbage rolls based on products from my territory (i.e. Sardinia), like Sardinian pecorino and seasonal ingredients, like pomegranate reduction. Healthy and tasty at the same time, as well as easy to cook ".