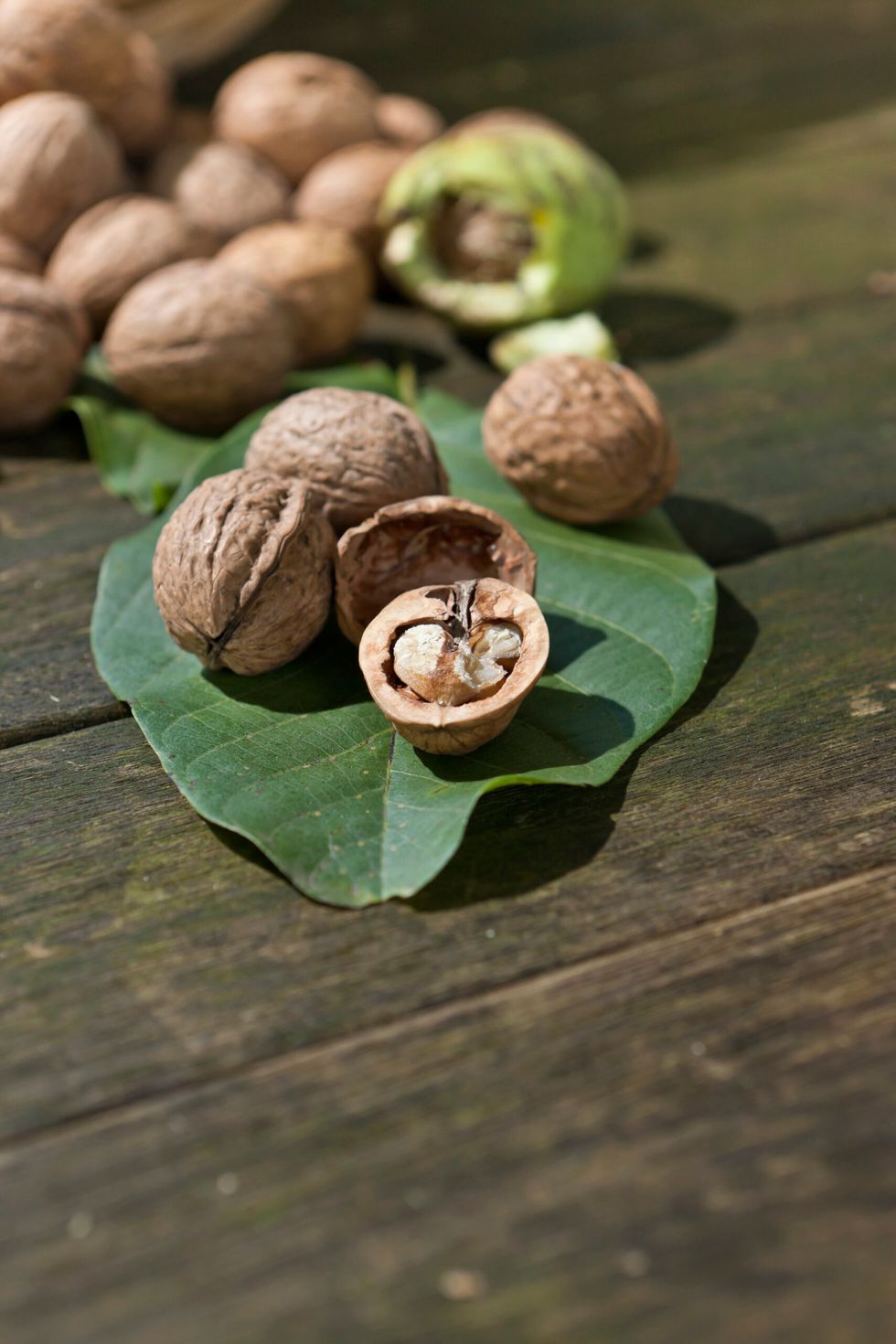 Walnut is the fruit of Juglans regia, a majestic tree of Asian origin, widespread in Europe and America. It is a drupe formed by a green, soft outer shell called hull, which encloses a hard, hazelnut-colored, oval-shaped shell. Inside the shell is the kernel which constitutes the edible part and is covered with a light brown skin.

It is generally consumed when it is dry, but is also used in the kitchen for both sweet and savoury preparations (such as stuffing and sauces), and even in liqueurs to make nocino (prepared with fresh walnuts, complete with husk). Walnuts are harvested in autumn, then they are dried and in this form they can be found on the market almost all year round. They have a high energy value.

In addition to numerous varieties of "common walnut", among which the most valuable is the Italian "Sorrento", there are also other species, such as the Brazil nut or the Parà, triangular in shape, and the pecan nut which has a similar taste to common walnut, while the shell is reddish-brown.