What foods is magnesium found 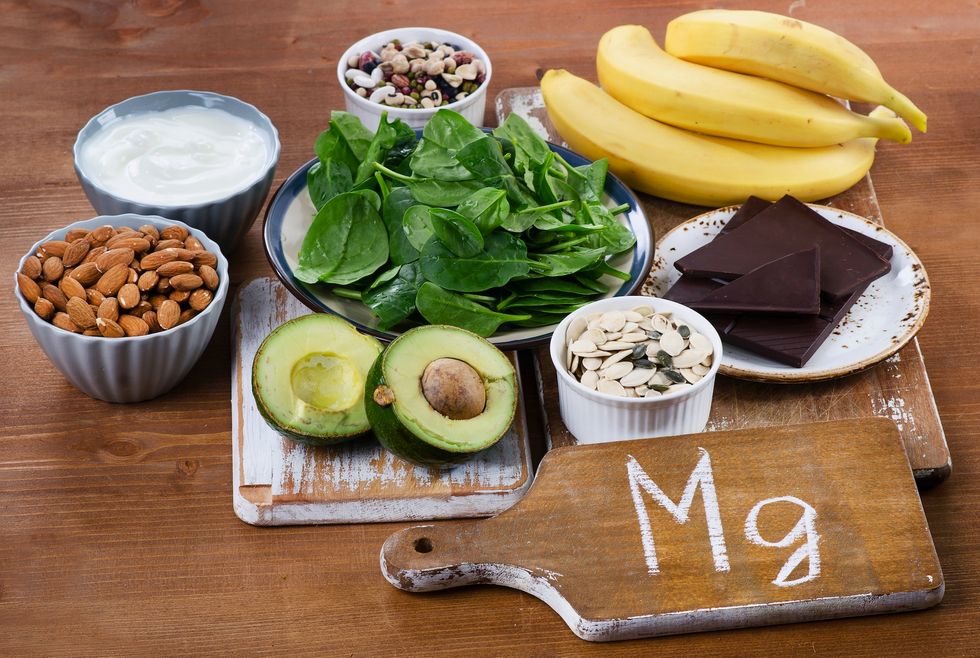 It is good for migraines, stress, muscle and menstrual pain and much more. Magnesium is essential for some very important vital functions. Here we discover what it is used for and in which foods it is found

Do you suffer from neck pain, migraines , sleep badly and often have a nagging feeling of exhaustion? It could be a magnesium deficiency.
Magnesium, in fact, is one of the essential mineral salts for a series of functions in our body.

Against anxiety, stress and muscle aches
Magnesium acts directly on the production of adrenaline : by reducing it, it helps to dissolve muscle tension and, at the same time, brings balance to the nervous system. Among the muscles that relaxes there are also those of the heart, so the regular intake of magnesium also affects the heart and the exhausting feelings of anxiety, due to a too fast heartbeat or excessive amounts of adrenaline in circulation.

In practice, if you do not take sufficient doses with your diet, the body is in alarm, with the nerves alert and ready to react to any emergency. It goes without saying that a high state of attention generates states of overexcitation and anxiety and, in some cases, even panic attacks .

As for the relaxing action on the muscles , taking magnesium regularly is essential for those who practice sports , to reduce cramps and muscle contractures. Among the pains that magnesium is able to relieve, there are also menstrual ones and all mood disorders related to female cycles.

Another important function is that which binds magnesium to calcium absorption : in fact, magnesium is useful in fixing calcium and phosphorus in bones and teeth, helping against fractures, osteoporosis and tooth decay. However, attention must be paid to excesses, because large overdoses of magnesium cause less absorption of calcium. Generally, however, this is a rare problem, as excesses (few cases) are usually eliminated in the urine.

Against fatigue, constipation and metabolism drive
Magnesium has an interesting effect on circulation and on some metabolic processes, such as the synthesis of proteins and the regulation of blood sugar levels. In practice, these functions make it useful against cardiovascular disorders, hypertension and diabetes. If the intake is regular, the metabolism works well , the circulation as well, migraines and fatigue will be relieved and a real feeling of energy charge will be immediately perceived.

Furthermore, depending on the time of day in which it is taken, the effects change. For example, taken upon awakening, it gives energy, while in the evening it reconciles rest and improves the quality of sleep.

Magnesium also acts on the digestive system : it is present in the saliva where digestion begins, in the stomach it controls the level of acids and, finally, in the terminal part of the apparatus, it has a laxative effect and regulates the proliferation of intestinal bacterial flora.

What foods contain magnesium?
The recommended daily dose of magnesium in an adult in good physical condition is about 300-360 mg . Among the foods richest in magnesium there are all green leafy vegetables (magnesium is also essential for chlorophyll photosynthesis), for example spinach and parsley are particularly rich in it: if the vegetables are boiled, it is better to find a way to use the cooking water , because that's where the minerals go. But magnesium is also present in avocados , bananas, eggplants, soy (and also in tofu ), legumes in general, whole grains, oats and wheat bran. Foods that are surprisingly rich in magnesium also include nuts , particularly pumpkin seeds, almonds, hazelnuts and peanuts. And, last but not least, darkchocolate and cocoa are real mines of magnesium. One more reason to indulge in a good chocolate cube every now and then.