Will raw food save us? 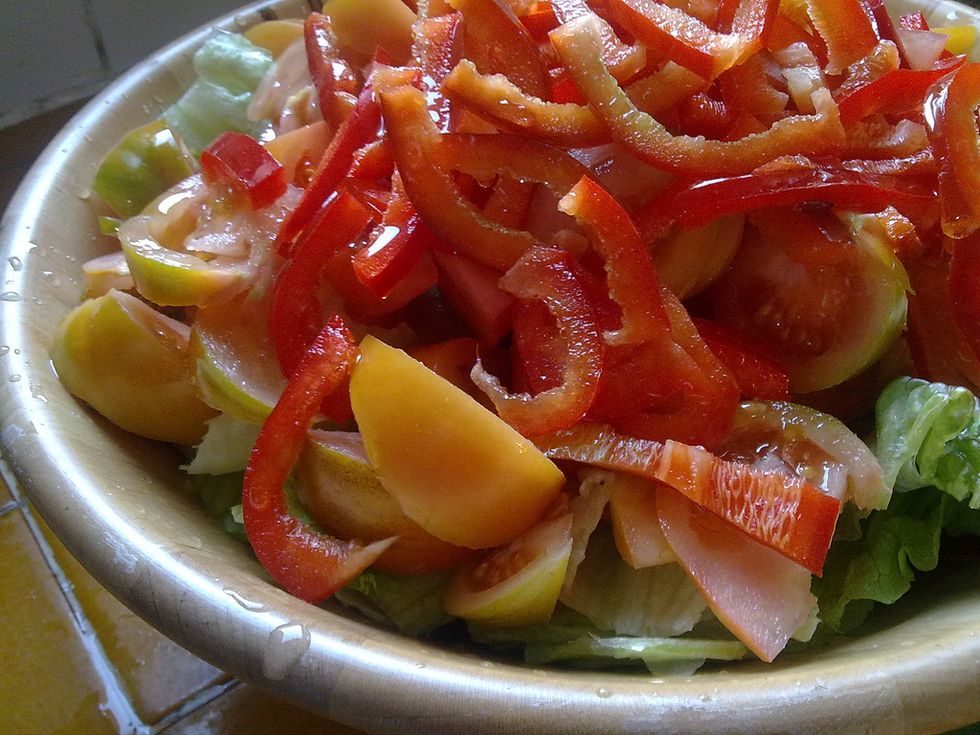 It gives an ideal supply of enzymes, is rich in vitamins, detoxifying and very ecological. But avoid overdoing it ...

Why be raw food?

For some, the most instinctive answer to this question might be: why is it fashionable. Among the raw foodists there are in fact several Hollywood stars : Cher, Susan Sarandon, Demi Moore , Carol Alt, Pierce Brosman, Jared Leto, Edward Norton, Alicia Silverstone and emulation, as we know, is an important push. Actor Woody Harrelson even tried to make a business of it by opening a restaurant on the famous "film" hill in Los Angeles and in Great Britain he is or has been a raw foodist (uncertainty is a must because this character often changes his diet) no less that the future queen Kate Middleton , always eager to take care of her physical shape and exhibit a smooth and perfect skin.

Vip aside, those who choose to become raw food eaters do so because they believe that cooked food is less healthy: high temperatures, they say, would destroy the enzymes present in food (such as lipase, protease and amylase), forcing the body to produce own digestive enzymes with a considerable energy expenditure and less effectiveness.

According to Edward Howell , often quoted by raw food theorists ("raw food" in English): "the human being is born with a large reserve of enzymes that are lost over time to carry out vital functions and to digest cooked food". This loss of enzymes would result in aging and weakness, while raw food can help you stay young and robust much longer.

Not only that: even the vitamins and microorganisms useful for strengthening the intestinal flora would suffer the destructive action exerted by the heat. Furthermore, according to the raw food diet, the use of fire in the kitchen slows down the sense of satiety , induces an excessive palatability and a "soft" consistency that lead us to exaggerate the quantities, so the fire makes you fat. Finally, there is no lack of environmental motivation: avoiding cooking leads to a substantial saving of the planet's energy resources.

But what does those who make this choice eat ? Basically, raw foodists consume a lot of fruit , especially ripe and organic. And then dried fruit, seeds, sprouts, while among the cereals only buckwheat left to sprout in water and corn are really usable raw. All these foods are also suitable for those who have made the choice of vegan raw food, the most radical and conceptual, as in addition to the health of the body and the saving of environmental resources, it aims not to inflict suffering on any living being on the planet.

However, there are omnivorous raw food eaters, who also take honey, milk, eggs and raw meat derived from free range farms or, even better, from game. And there are vegetarians who are obviously in the middle.

But how do raw foodists cook ? Without the heat, which is only allowed up to 42 degrees (the same temperature as a hot summer day), raw foodists can resort to many types of preparation, even long and complex ones, which give rise to completely assimilable foods, at least visually, to cooked ones. Vegan raw cheeses, for example, indistinguishable from normal ones, are actually composed almost exclusively of dried fruit, an ingredient that also appears in many desserts , alongside fresh fruit, dates, coconut, vanilla, cocoa beans. It usually takes a lot of patience to assemble them, but the result is rather satisfying.

Yet not always or not for everyone the effort is really worth the candle.

Nutrition experts include those who support some of the raw food theories. Our diet, they say, is rich in very caloric foods, with very little fiber and many artificial substances (preservatives, additives, various flavors not to mention antibiotics) that alter our hormonal balance. It would therefore be advisable for everyone to avoid much of the sugars, refined flours and "bad" fats by replacing them with more fruits, vegetables and raw flax, chia and hemp seeds.

However, not everyone can afford it: raw foods are often longer to digest and could expose some people to the risk of intestinal fermentations. Leaving aside the case of foods in which cooking is even essential to become edible (various legumes and vegetables for example), there are foods that when raw make available only some of their nutrients, but not all.

This is the case of tomatoes , for example, which when raw has a higher dose of vitamins , but when cooked it provides lycopene , an important antioxidant substance. Same goes for the beta-carotene of the carrot. Furthermore, in the case of vegan raw food eaters, the difficulty of reaching a sufficient nutritional intake is to be taken into serious consideration knowing that the difficulty of assimilation could also lead to dangerous food shortages. Finally, the sudden consumption of unpasteurized and unsterilized foods, as we have long been accustomed to eating (without heat it is impossible to obtain these processes), puts us at risk of gastroenteritis and other diseases.

In short, if on the one hand a greater consumption of raw foods and a period of absolute raw food would be an excellent detoxifying and healthy habit, continuing this practice over time could prove to be a very unwise choice.