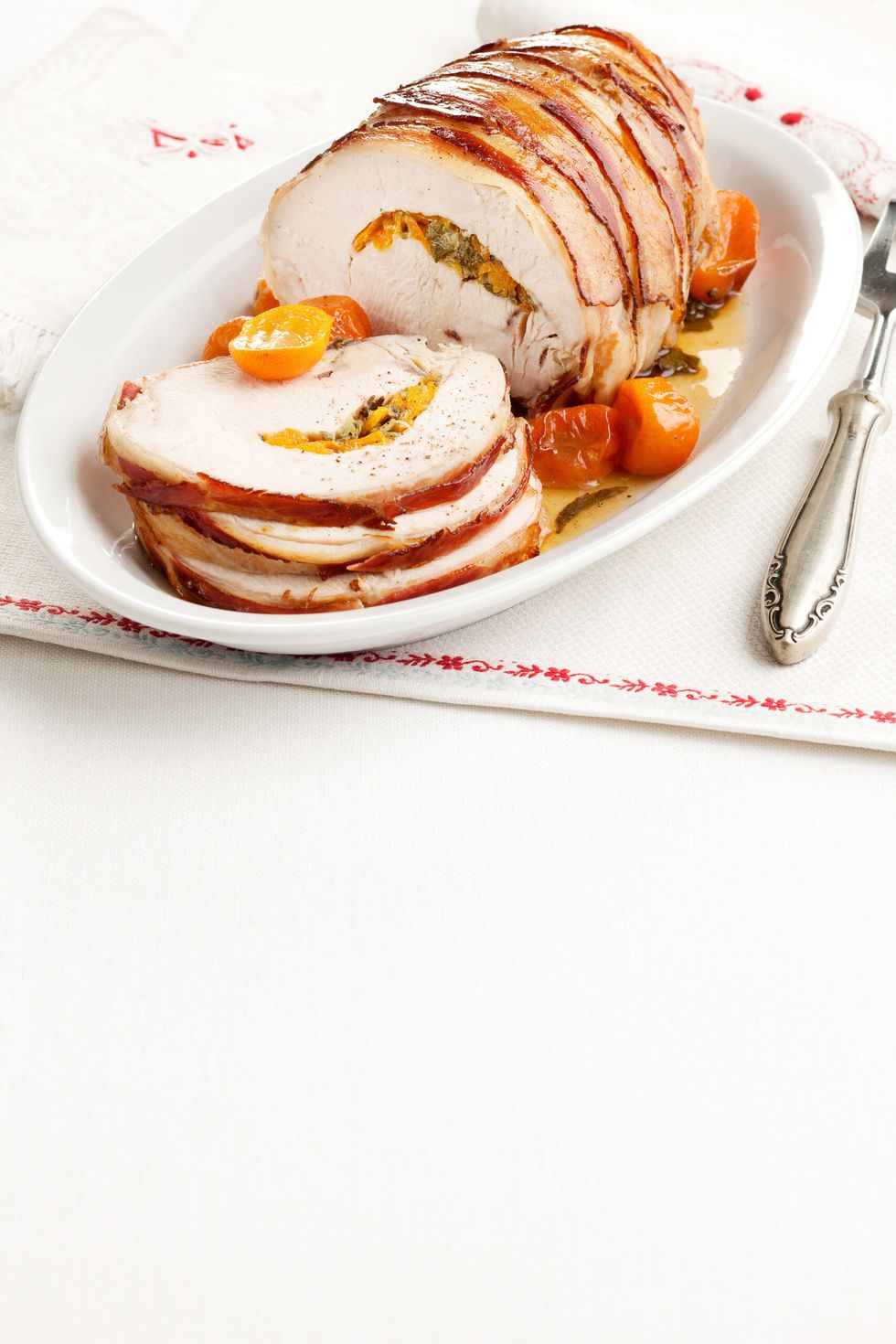 Operation that consists of wrapping a piece of meat or the breast of a bird to be roasted, with thin slices of bacon or lard to prevent them from drying out during cooking.

1 Put the meat on the cutting board, cover it with slices of bacon or lard, and start tying it at one end, forming a loop with a long piece of kitchen thread.

3 The thread is then threaded into the loop made at the beginning, securing it with a double knot. Since the wrap prevents the meat from browning in the covered part, it is advisable to remove it in the last phase of cooking, so that the roast becomes golden.