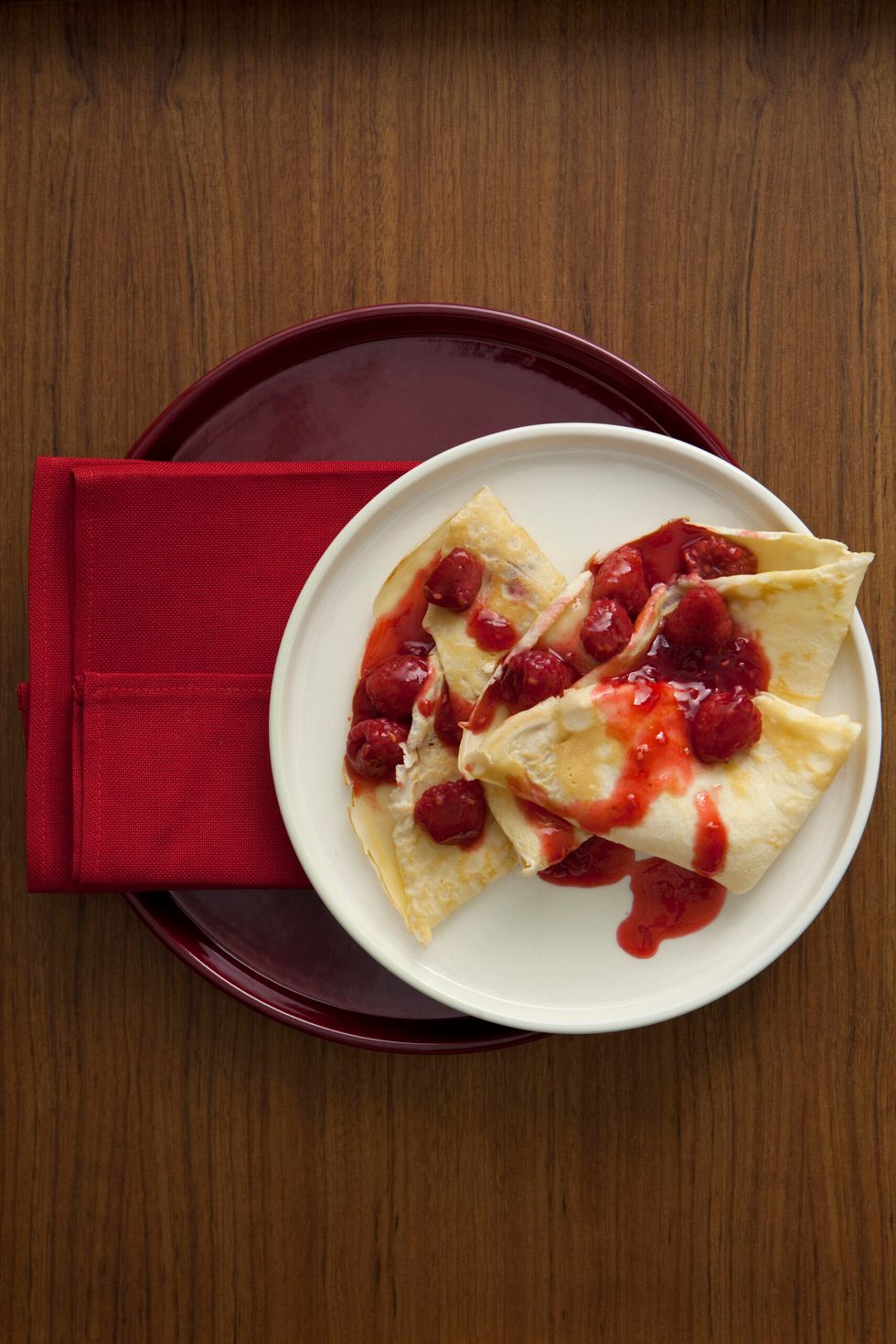 Crepe is a French term that indicates a very thin and light omelette, which can be either salty or sweet. It is usually cooked in a special non-stick or iron pan which must not exceed 15 cm in diameter. The name derives from the Latin «crispus» which means «wavy» «crepe», in fact the omelette, when cooked, wrinkles slightly. The crêpe mixture is based on flour, eggs and milk (can be replaced with beer which makes the crepe lighter); it can also be prepared in advance, in fact a certain "rest" helps the mixture. Crêpes are one of the most typical French recipes and are prepared with many variations; they can be served stuffed or accompanied by sauces, both savory and sweet. Very famous are the «crêpes Suzette», which was originally prepared for the first time in Montecarlo in 1895 by Charpentier, a Rockefeller cook, for a young friend of the Prince of Wales, called Suzette. According to another version, these crepes were created for an actress from the Comédie Française, called Suzette, who every evening, on stage, had to sit at the table for a long time and therefore eat a lot. The classic recipe for «Suzette» requires a pan and a dough made with sugar, orange juice, orange liqueur and Cognac.