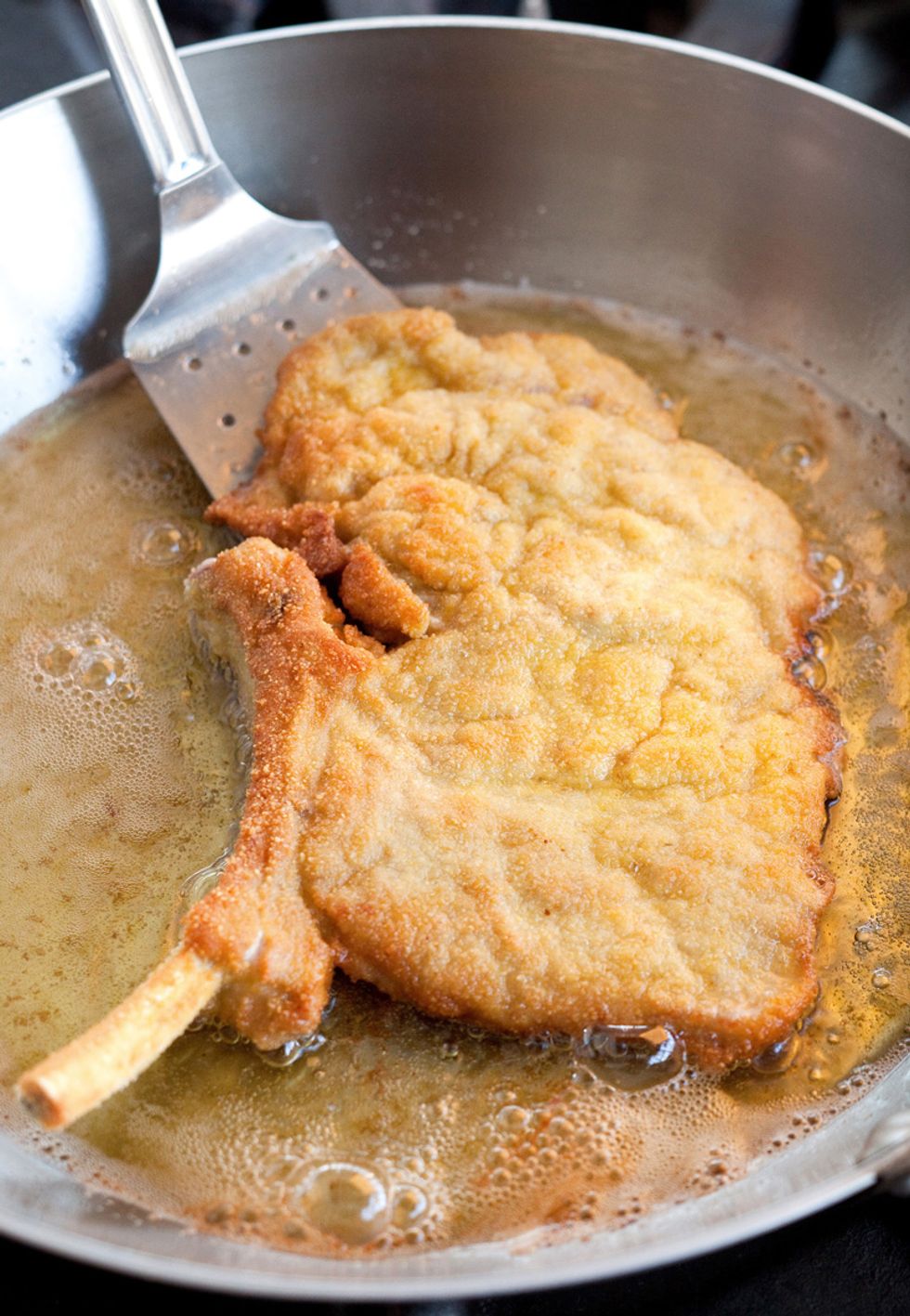 The Milanese cutlet is a typical preparation of the Lombard cuisine, made with veal chops and their bone, forming a "flag pole" (only the first seven chops of the dorsal vertebrae can provide the classic ribs)

The cutlet is first floured, then passed in the beaten egg (sometimes with a tablespoon of olive oil in order to obtain a crunchier crust) and finally breaded in breadcrumbs. Then, it must be fried strictly in hazelnut butter, after it starts bubbling.

There are controversies about the origin of this preparation: there are those who claim that it was the Austrians who taught the Milanese their " Wienerschnitzel " during the long domination over the city, while others say that the Lombards transmitted their recipe to the invaders.