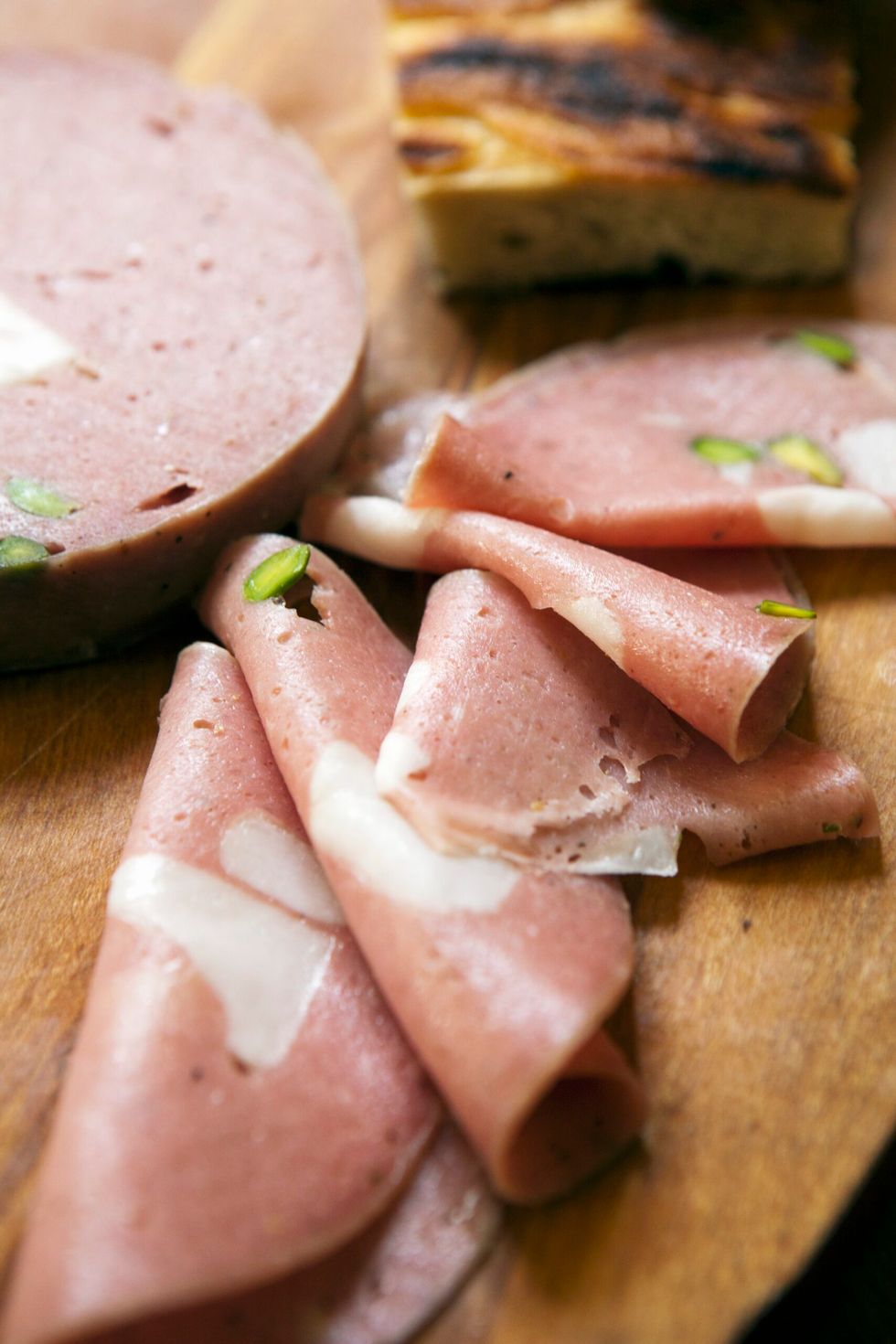 Mortadella is a famous Italian sausage, of Bolognese origin, very popular also abroad. Its name derives from the Latin «myrtatum», that is, perfumed with myrtle.

It ranks second among the most consumed cured meats in Italy. Italian families eat it in fact regularly, Mainly at home, where mortadella bolognese is used to fill sandwiches, as an appetizer or main course, but also as an ingredient in the kitchen. Mortadella is made up of 60% pork, obtained from the shoulder and rear, and 40% from cheek's fat.

Versatile and with an unmistakable flavour, mortadella is produced with a particular technique: a mixture of lean pork is finely minced and flavored with pepper, garlic and other spices (according to the recipe of each producer). Then, it is amalgamated into cubes of fat (the hardest and most valuable, obtained from the pig's throat), stuffed and cooked in dry air ovens. How can you recognize a quality mortadella? When cut, the slices must be velvety, uniform bright pink and studded with squares of fat; also you must see the peppercorns.

It is prepared in large cylindrical shapes of various sizes and weights. Usually those that are for sale to be sliced have a weight that is around 14 kg, but can also reach 50 kg or be packaged in mignon format, from half a kilo.

This tasty sausage can also be used for sauces, fillings, rolls and meatballs.